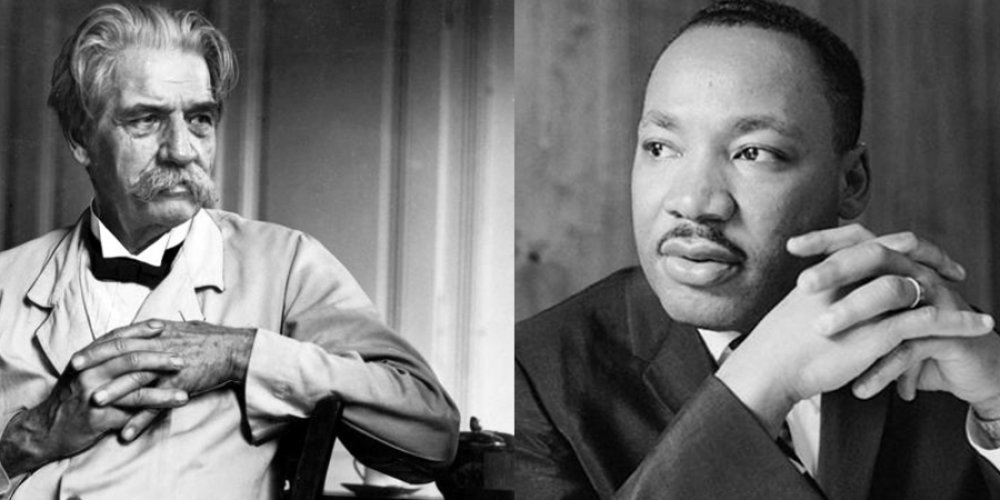 Questioner: If an entity were to be strongly biased toward positive societal effects, what would this do to his yellow ray in the aura as opposed to an entity who wanted to create an empire of society and govern it with an iron fist?

Ra: I am Ra. Let us take two such positively oriented active souls no longer in your physical time/space.

The one known as Albert
went into a strange and, to it, a barbaric society in order that it might heal.
This entity was able to mobilize great amounts of energy and what you call money.
This entity spent much green ray energy both as a healer and as a lover of your instrument known as the organ.
This entity’s yellow ray was bright and crystallized by the efforts needed to procure the funds to promulgate its efforts.

However, the green and blue rays were of a toweringly brilliant nature as well.

The higher levels,
as you may call them, being activated,

the lower, as you may call them, energy points
remaining in a balance, being quite, quite bright.

The other example is the entity, Martin.
This entity dealt in a great degree with rather negative orange ray and yellow ray vibratory patterns.

However, this entity was able to keep open the green ray energy and due to the severity of its testing,

if anything, this entity may be seen to have polarized more towards the positive due to its fidelity to service to others in the face of great catalyst.

Questioner: Could you give me the last names of Albert and Martin?

Ra: I am Ra. These entities are known to you as Albert Schweitzer and Martin Luther King.

Last modified on Friday, 19 April 2019 01:57
Tweet
More in this category: Adolf Hitler (Hermann and Himmler) »
Login to post comments
back to top