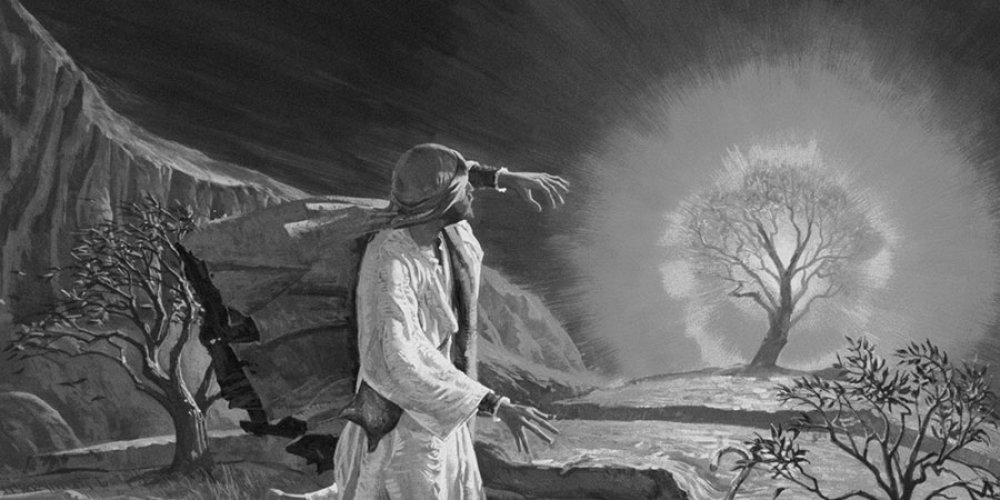 Questioner: Did the Orion group use similar methods for their impression 3,600 years ago?

Ra: I am Ra. The group or empire had an emissary in your skies at that time.

Questioner: Can you describe that emissary?

Ra: I am Ra. This emissary was of your fiery nature which was hidden by the nature of cloud in the day.

This was to obliterate the questions of those seeing such a vehicle and to make it consonant with these entities’ concept of what you may call the Creator.

Questioner: And then how was the information passed on to the entities after they saw this fiery cloud?

Ra: I am Ra. By thought transfer and by the causing of fiery phenomena and other events to appear as being miraculous through the use of thought-forms.

Questioner: Then are there any prophets that sprang from this era or soon after it that are recorded?

Ra: I am Ra. Those of the empire were not successful in maintaining their presence for long after the approximate three zero, zero, zero date in your history and were, perforce, left with the decision to physically leave the skies.

The so-called prophets were often given mixed information, but the worst that the Orion group could do was to cause these prophets to speak of doom, as prophecy in those days was the occupation of those who love their fellow beings and wish only to be of service to them and to the Creator.

Questioner: Are you saying that the Orion group was successful in polluting some of the positively oriented prophets’ messages with prophecies of doom?

Your next query shall be the last full query for this session.

Editor's Comments: Subject to the Absolute Freewill of the Reader.

The vast majority of miraculous events (as recorded in many of our "holy" works), where many "prophets" saw/witnessed miraculous events, in which that particular "phenomenon" portrayed itself as "God".

These miraculous events (for the most part) were nothing but negative entities manipulating such prophets via thought-form mechanism, or with highly advance technology.

In the olden days (and sadly, even today), most people are still susceptible to such "miraculous" events or thought-form negative projection.

The "prophets" (individual or subject), 'sincerely' believing that they were actually speaking to, or getting a message directly from a "Loving God", or to be more precise, from 'The One Infinite Creator'. This, for the most part, was emphatically not the case.

A great example of this type of mind manipulation was the "burning bush", as witnessed by Moses. It is to be noted that the so-called 'Ten Commandments' was passed-on to Moses via this type of 'thought-form' manipulative method.

Any entities of 'Positive' orientation would not use such method due to few reasons, and some of these are mentioned below:

1. No Positive Entity will give any command to control, enslave or to manipulate other Being.

2. With Positive Entities, Freewill of the Contact (Individual/Prophet/Messenger) is extremely paramount.

3. No Positive "God" will tell/instruct/command you to kill, or take the life another living Thing, it's virtually impossible, unless you're dealing with a Negative force, who requires, for the most part, perverse of nature, blood and sacrifices of all kinds.

4. The One Infinite Creator is full of Infinite Love, Compassion, Understanding, Peace and Harmony. Negative Entities are basically the total opposite of these.

5. No Positive Entity will think to portray to you (objectively or subjectively) that you're better than another person (or Entity), good or bad.

6. When dealing with Positive Entities, there's absolutely no feeling of elitism or the enslavement of other Beings. In Unity, there's no concept of separation.

Also note that, there's no way, a merciful, peaceful, loving and 'all-knowing' "God" with tell you to kill your first born in order to test your faith. We are referring to the Bible story where "God" told Abraham to sacrifice Isaac: Genesis Chapter 22: Verse 1-19.

This is absolutely preposterous, and it saddens the intellect that many still look to this type of Negative philosophy, which has an hallmark of prime-evil darkness at its helm.

This is as far as we'll go, and we hope that you will use your critical thinking and ponder the above fully.

Last modified on Saturday, 05 January 2019 03:31
Tweet
More in this category: What and Where is The Ark of The Covenant? »
Login to post comments
back to top