The Awakening of Self During Wars & Tumultuous Periods 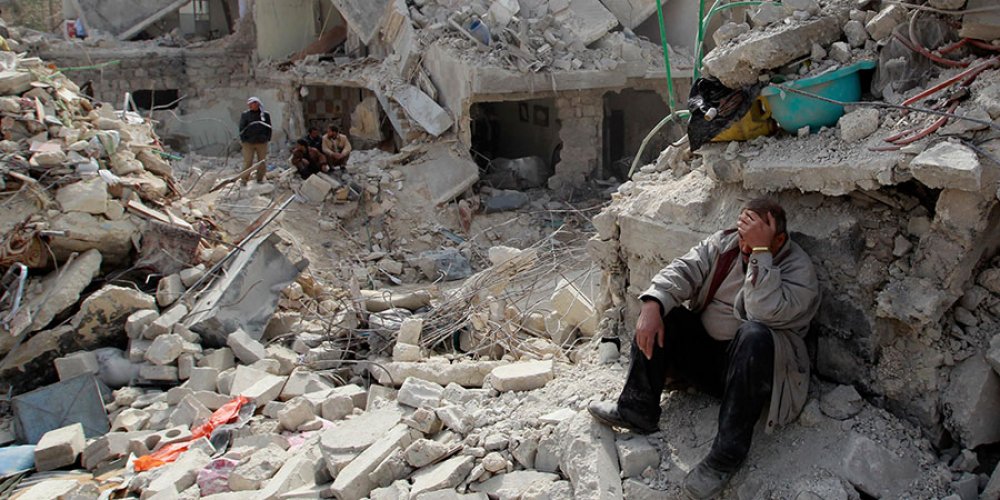 Questioner: What I would like for you to do is list all the major mechanisms designed to provide catalytic experience that do not include interaction with other-self.

That is the first part.

Ra: I am Ra. We grasp from this question that you realize that the primary mechanism for catalytic experience in third-density is other-self.

The list of other catalytic influences:
firstly, the Creator’s universe;
secondly, the self.

Questioner: Can you list any sub-headings under self or ways the self is acted upon catalytically which would produce experience?

Firstly,
the self unmanifested.

Secondly,
the self in relation to the societal self created by self and other-self.

Thirdly,
the interaction between self and the gadgets, toys, and amusements of the self, other-self invention.

Fourthly,
the self relationship with those attributes which you may call war and rumors of war.

Questioner: I was thinking possibly of the catalyst of physical pain.

Does this go under this heading?

Ra: I am Ra. This is correct, it going under the heading of the unmanifested self; that is, the self which does not need other-self in order to manifest or act.

Questioner: Do we have enough time left to ask the second part of this question which is to list all major mechanisms designed to provide the catalyst that include action with other-self?

Ra: I am Ra. You have much time for this, for we may express this list in one of two ways.

We could speak infinitely, or we could simply state that any interaction betwixt self and other-self has whatever potential for catalyst that there exists in the potential difference between self and other-self, this moderated and undergirded by the constant fact of the Creator as self and as other-self.

You may ask to this question further if you wish specific information.

Questioner: I believe that this is sufficient for the time being.

Questioner: Can you give me the same type of information that we are working on now with respect to war and rumors of war?

Ra: I am Ra. You may see this in relationship to your gadgets.

This war and self relationship is a fundamental perception of the maturing entity.

There is a great chance to accelerate in whatever direction is desired.

One may polarize negatively by assuming bellicose attitudes for whatever reason.

One may find oneself in the situation of war and polarize somewhat towards the positive activating orange, yellow, and then green rays by heroic, if you may call them this, actions taken to preserve the mind/body/spirit complexes of other-selves.

Finally, one may polarize very strongly third ray by expressing the principle of universal love at the total expense of any distortion towards involvement in bellicose actions.

In this way the entity may become a conscious being in a very brief span of your time/space.

This may be seen to be what you would call a traumatic progression.

It is to be noted that among your entities a large percentage of all progression has as catalyst, trauma.

Questioner: Are you saying then that this possible condition of war would be much more greatly spread across the surface of the globe than anything we have experienced in the past and therefore touch a larger percentage of the population in this form of catalyst?

There are those now experimenting with one of the major weapons of this scenario, that is the so-called psychotronic group of devices which are being experimentally used to cause such alterations in wind and weather as will result in eventual famine.

If this program is not countered and proves experimentally satisfactory, the methods in this scenario would be made public.

There would then be what those whom you call Russians hope to be a bloodless invasion of their personnel in this and every land deemed valuable.

However, the peoples of your culture have little propensity for bloodless surrender.

Questioner: Would the coming changes as we progress into fourth-density such as changes in the physical third-density planet due to the heating effect and changes such as the ability of people to perform what we term paranormal activities act as catalyst to create a greater seeking?

The paranormal events occurring are not designed to increase seeking but are manifestations of those whose vibratory configuration enables these entities to contact the gateway to intelligent infinity.

These entities capable of paranormal service may determine to be of such service on a conscious level.

This, however, is a function of the entity and its free will and not the paranormal ability.

The correct portion of your statements is the greater opportunity for service due to the many changes which will offer many challenges, difficulties, and seeming distresses within your illusion to many who then will seek to understand, if we may use this misnomer, the reason for the malfunctioning of the physical rhythms of their planet.

Moreover, there exists probability/possibility vortices which spiral towards your bellicose actions.

Many of these vortices are not of the nuclear war but of the less annihilatory but more lengthy so-called “conventional” war.

This situation, if formed in your illusion, would offer many opportunities for seeking and for service.

Questioner: How would conventional warfare offer the opportunities for seeking and service?

Ra: I am Ra. The possibility/probabilities exist for situations in which great portions of your continent and the globe in general might be involved in the type of warfare which you might liken to guerrilla warfare.

The ideal of freedom from the so-called invading force of either the controlled fascism or the equally controlled social common ownership of all things would stimulate great quantities of contemplation upon the great polarization implicit in the contrast between freedom and control.

In this scenario which is being considered at this time/space nexus the idea of obliterating valuable sites and personnel would not be considered an useful one.

Other weapons would be used which do not destroy as your nuclear arms would.

In this ongoing struggle the light of freedom would burn within the mind/body/spirit complexes capable of such polarization.

Lacking the opportunity for overt expression of the love of freedom, the seeking for inner knowledge would take root aided by those of the Brothers and Sisters of Sorrow which remember their calling upon this sphere.

Questioner: Are you saying then that this possible condition of war would be much more greatly spread across the surface of the globe than anything we have experienced in the past and therefore touch a larger percentage of the population in this form of catalyst?

There are those now experimenting with one of the major weapons of this scenario, that is the so-called psychotronic group of devices which are being experimentally used to cause such alterations in wind and weather as will result in eventual famine.

If this program is not countered and proves experimentally satisfactory, the methods in this scenario would be made public.

There would then be what those whom you call Russians hope to be a bloodless invasion of their personnel in this and every land deemed valuable.

However, the peoples of your culture have little propensity for bloodless surrender.

Questioner: I have often wondered about the action of random and programmed catalyst with respect to the entity with the very strong positive or negative polarization.

Would either polarity be free to a great extent from random catalyst such as great natural catastrophes or warfare or something like that which generates a lot of random catalyst in the physical vicinity of a highly polarized entity?

Does this great cat, then, have an effect on such random catalyst on the right-hand path?

Ra: I am Ra. In two circumstances this is so.

Firstly,
if there has been the preincarnative choice that, for instance, one shall not take life in the service of the cultural group, events shall fall in a protective manner.

Secondly,
if any entity is able to dwell completely in unity the only harm that may occur to it is the changing of the outward physical, yellow-ray vehicle into the more light-filled mind/body/spirit complex’s vehicle by the process of death.

All other suffering and pain is as nothing to one such as this.

We may note that this perfect configuration of the mind, body, and spirit complexes, while within the third-density vehicle, is extraordinarily rare.

Questioner: Am I to understand, then, that there is no protection at all if the Experience of the Mind has chosen the left-hand path and that path is traveled?

You may note some of those of your peoples which, at this space/time nexus, seek places of survival.

This is due to the lack of protection when service to self is invoked.

More in this category: How to Develop & Balance 'Compassionate Love' with Wisdom in 3rd Density »
Login to post comments
back to top