Who Are The Angels, The Confederation, Light Bringers and The Guardians? 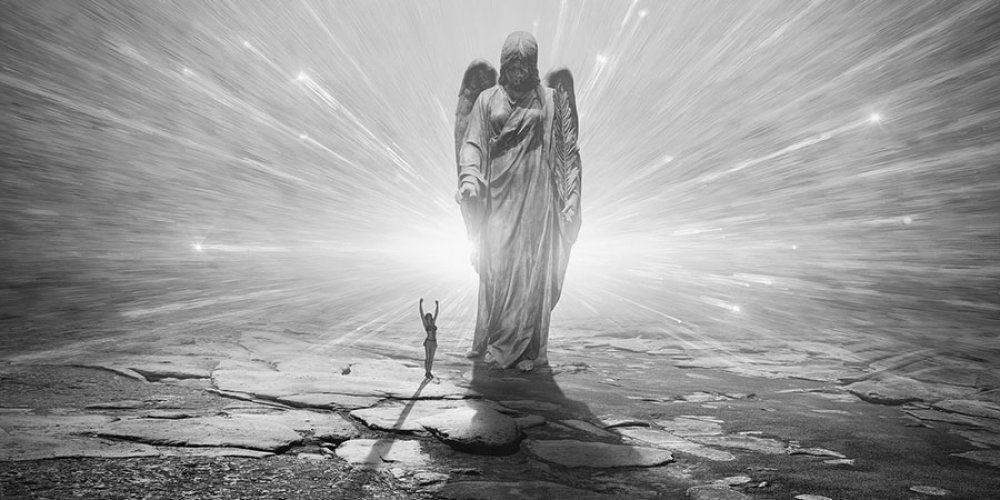 Questioner: In the last session you mentioned that in this last 25,000 year cycle the Atlanteans, Egyptians, and those in South America were contacted and then the Confederation departed.

I understand that the Confederation did not come back for some time.

Could you tell me of the reasons, consequences, and attitudes with respect to the next contact with those here on planet Earth?

Ra: I am Ra. In the case of the Atlanteans, enlargements upon the information given resulted in those activities distorted towards bellicosity which resulted in the final second Atlantean catastrophe 10,821 of your years in the past, as you measure time.

Many, many were displaced due to societal actions both upon Atlantis and upon those areas of what you would call North African deserts to which some Atlanteans had gone after the first conflict.

Earth changes continued due to these, what you would call, nuclear bombs and other crystal weapons, sinking the last great land masses approximately 9,600 of your years ago.

In the Egyptian and the South American experiments results, though not as widely devastating, were as far from the original intention of the Confederation.

It was clear to not only us but also to the Council and the Guardians that our methods were not appropriate for this particular sphere.

Our attitude thus was one of
caution,
observation, and
continuing attempts to creatively discover methods whereby contact from our entities could be of service with the least distortion and above all with the least possibility of becoming perversions or antitheses of our intention in sharing information.

Questioner: Could you give an example of how an entity sets up a condition for attracting a particular experiential catalyst and how that catalyst then is provided or is learned.

Ra: I am Ra. Such an example may be given.

Questioner: Will you give that?

Ra: I am Ra. We paused to scan (name’s) consciousness to use its experiential catalyst as example.

This is one instance and extrapolation may be made to other entities which are aware of the process of evolution.

This entity chose, before incarnation, the means whereby catalyst had great probability of being obtained.

This entity desired the process of expressing love and light without expecting any return.

This entity programmed also to endeavor to accomplish spiritual work and to comfort itself with companionship in the doing of this work.

Agreements were made prior to incarnation;

the first,
with the so-called parents and siblings of this entity.
This provided the experiential catalyst for the situation of offering radiance of being without expectation of return.

These agreements provided and will provide, in your time/space and space/time continuum, opportunities for the experiential catalyst of work and comradeship.

There are events which were part of a program for this entity only in that they were possibility/probability vortices having to do with your societal culture.

These events include
the nature of the living or standard of living,
the type of relationships entered into in your legal framework, and
the social climate during the incarnation.

The incarnation was understood to be one which would take place at harvest.

These givens, shall we say, apply to millions of your peoples.

Those negatively harvestable
will be found at this time endeavoring to share their love of self.

There are those whose lessons are more random
due to their present inability to comprehend the nature and mechanism of the evolution of mind, body, and spirit.

Of these we may say that the process is guarded by those who never cease their watchful expectation of being of service.

There is no entity without help, either through self-awareness of the unity of creation or through guardians of the self which protect the less sophisticated mind/body/spirit from any permanent separation from unity while the lessons of your density continue.

Questioner: As we begin Book Three of The Law of One there are a couple of questions of fairly non-transient importance that I have and one that I consider to be of a transient nature that I feel obligated to ask.

The first is clearing up the final point about harvest.

I was wondering if there is a supervision over the harvest and if so, why this supervision is necessary and how it works since an entity’s harvestability is determined by the violet ray?

Is it necessary for entities to supervise the harvest, or is it automatic?

Ra: I am Ra. In time of harvest there are always harvesters.

The fruit is formed as it will be, but there is some supervision necessary to ensure that this bounty is placed as it should be without the bruise or the blemish.

There are those of three levels watching over harvest.

The first level
is planetary and that which may be called angelic.
This type of guardian includes the mind/body/spirit complex totality or higher self of an entity and those inner plane entities which have been attracted to this entity through its inner seeking.

The second class
of those who ward this process are those of the Confederation who have the honor/duty of standing in the small places at the edge of the steps of light/love so that those entities being harvested will not, no matter how confused or unable to make contact with their higher self, stumble and fall away for any reason other than the strength of the light.

These Confederation entities catch those who stumble and set them aright so that they may continue into the light.

The third group
watching over this process is that group you call the Guardians.

This group is from the octave above our own and serves in this manner as light bringers.

These Guardians provide the precise emissions of light/love in exquisitely fastidious disseminations of discrimination so that the precise light/love vibration of each entity may be ascertained.

Thus the harvest is automatic in that those harvested will respond according to that which is unchangeable during harvest.

That is the violet ray emanation.

However, these helpers are around to ensure a proper harvesting so that each entity may have the fullest opportunity to express its violet ray selfhood.

Questioner: In the previous session you mentioned the lightbringers from the octave.

Am I to understand that those who provide the light for the graduation are of an octave above the one we experience?

Could you tell me more about these lightbringers, who they are, etc.?

This octave density of which we have spoken is both omega and alpha, the spiritual mass of the infinite universes becoming one central sun or Creator once again.

Then is born a new universe, a new infinity, a new Logos which incorporates all that the Creator has experienced of Itself.

In this new octave there are also those who wander.

We know very little across the boundary of octave except that these beings come to aid our octave in its Logos completion.

Is there any brief query which you have at this time?

More in this category: The Various Methods or Mechanisms Behind Intentional and Unintentional Enslavement of People »
Login to post comments
back to top