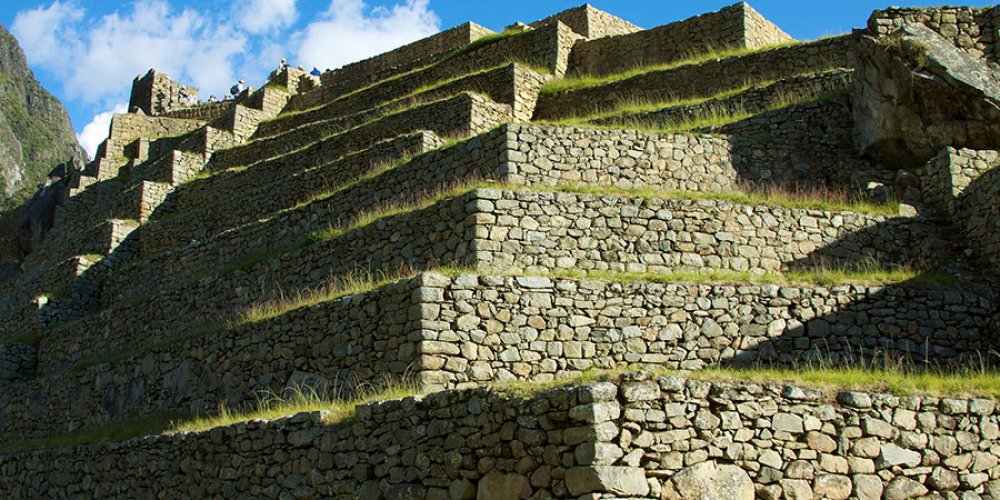 Questioner: I understand, if I am correct, that a South American contact was also made.

Can you tell me of the nature of your contact with respect to the attitude about the contact, its ramifications, the plan for the contact, and why the people were contacted in South America?

Ra: I am Ra. This will be the final full question of this session.

The entities who walked among those in your South American continent were called by a similar desire upon the part of the entities therein to learn of the manifestations of the sun.

They worshipped this source of light and life.

Thus, these entities were visited by light beings not unlike ourselves.

Instructions were given and they were more accepted and less distorted than ours.

The entities themselves began to construct a series of underground and hidden cities including pyramid structures.

These pyramids were somewhat at variance from the design that we had promulgated.

However, the original ideas were the same with the addition of a desire or intention of creating places of meditation and rest, a feeling of the presence of the one Creator; these pyramids then being for all people, not only initiates and those to be healed.

They left this density when it was discovered that their plans were solidly in motion and, in fact, had been recorded.

During the next approximately 3,500 years these plans became, though somewhat distorted, in a state of near-completion in many aspects.

Therefore, as is the case of the breakings of the quarantine, the entity who was helping the South American entities along the South American ways you call in part the Amazon River went before the Council of Saturn to request a second attempt to correct in person the distortions which had occurred in their plans.

This having been granted, this entity or social memory complex returned and the entity chosen as messenger came among the peoples once more to correct the errors.

Again, all was recorded and the entity rejoined its social memory complex and left your skies.

As in our experience
the teachings were, for the most part, greatly and grossly perverted to the extent in later times of actual human sacrifice rather than healing of humans.

this social memory complex
is also given the honor/duty of remaining until those distortions are worked out of the distortion complexes of your peoples.

May we ask if there are any questions of a brief nature before we close?

Questioner: You also mentioned that the pyramid was used for learning.

Was this the same process or is there a difference?

Ra: I am Ra. There is a difference.

Questioner: What is the difference?

Ra: I am Ra. The difference is the presence of other-selves manifesting in space/time and after some study, in time/space, for the purpose of teach/learning.

In the system created by us, schools were apart from the pyramid, the experiences being solitary.

Questioner: I didn’t quite understand what you meant by that.

Could you tell me more of what you are talking about?

Questioner: Did you mean that teachers from your vibration or density were manifest in the Queen’s Chamber to teach those initiates, or did you mean something else?

In our system experiences
in the Queen’s Chamber position were solitary.

In Atlantis and in South America
teachers shared the pyramid experiences.

Questioner: How did this learning process take place—learning or teaching—in the pyramid?

Ra: I am Ra. How does teach/learning and learn/teaching ever take place?

Questioner: You mentioned working with one other group other than the Egyptians.

Ra: I am Ra. These entities were those of South America.

We divided our forces to work within these two cultures.

Last modified on Friday, 23 March 2018 01:55
Tweet
More in this category: 'Star Wars', 'Battle Beyond The Stars' & 'The Ninth Configuration' Movies »
Login to post comments
back to top