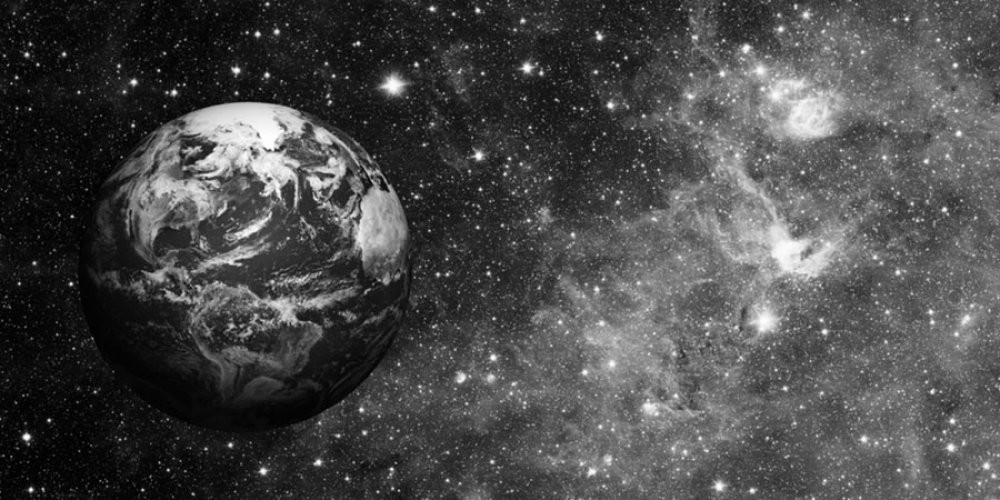 Questioner: Is all of the Earth’s human population then originally from Maldek?

Ra: I am Ra. This is a new line of questioning, and deserves a place of its own.

The ones who were harvested to your sphere from the sphere known before its dissolution as other names, but to your peoples as Maldek, incarnated, many within your Earth’s surface rather than upon it.

The population of your planet contains many various groups harvested from other second-dimension and cycled third-dimension spheres.

You are not all one race or background of beginning.

The experience you share is unique to this time/space continuum.

However, there are two races which use the second-density form.

One is the entities from the planetary sphere you call Maldek.

These entities are working their understanding complexes through a series of what you would call karmic restitutions.

The other race is that being offered a dwelling in this density by guardians who wish to give the mind/body/spirit complexes of those who are of this density at this time appropriately engineered physical vehicles, as you would call these chemical complexes, in the event that there is what you call nuclear war.

Are there entities here from other places?

Ra: I am Ra. There are entities experiencing your time/space continuum who have originated from many, many places, as you would call them, in the creation, for when there is a cycle change, those who must repeat then find a planetary sphere appropriate for this repetition.

It is somewhat unusual for a planetary mind/body/spirit complex to contain those from many, many various loci, but this explains much, for, you see, you are experiencing the third-dimension occurrence with a large number of those who must repeat the cycle.

The orientation,
thus, has been difficult to unify even with the aid of many of your teach/learners.

Questioner: The way I understand it, at the beginning of this 75,000 year cycle, then, we had a mixture of entities—those who had graduated from second density on Earth to become third-density and then a group of entities transferred from the planet Mars to continue third density here.

You must remember that those transferred to this sphere were in the middle of their third density so that this third density was an adaptation rather than a beginning.

Questioner: What percentage of the entities who were here in third density at that time were Martian and what percentage were harvested from Earth’s second density?

There were perhaps one-half
of the third-density population being entities from the Red Planet, Mars, as you call it.

Perhaps one-quarter
from second density of your planetary sphere.

Questioner: At the end of the second major cycle there were a few hundred thousand people on Earth.

There are over four billion people on Earth today.

Were the over four billion people that are incarnate today in the Earth planes and not incarnate at that time, or did they come in from elsewhere during the last 25,000 years?

There were three basic divisions of origin of these entities.

Firstly, and primarily,
those of the planetary sphere you call Maldek, having become able to take up third-density once again, were gradually loosed from self-imposed limitations of form.

Secondly,
there were those of other third-density entrance or neophytes whose vibratory patterns matched the Terran experiential nexus.

These then filtered in through incarnative processes.

Thirdly,
in the past approximate 200 of your years you have experienced much visiting of the Wanderers.

It may be noted that all possible opportunities for incarnation are being taken at this time due to your harvesting process and the opportunities which this offers.

Questioner: Just to clarify that could you tell me approximately how many mind/body/spirit complexes were transferred to Earth at the beginning of this last 75,000 year period?

The transfer, as you call it, has been gradual.

Over two billion souls
are those of Maldek which have successfully made the transition.

Approximately 1.9 billion souls
have, from many portions of the creation, entered into this experience at various times.

The remainder
are those who have experienced the first two cycles upon this sphere or who have come in at some point as Wanderers; some Wanderers having been in this sphere for many thousands of your years; others having come far more recently.

Questioner: At present we have, in third-density incarnation on this plane, those third-density entities of the planet Earth who have been here for some number of incarnations who will graduate in the three-way split,

In addition to these entities I am assuming that we have here some entities already harvestable from other third-density planets who have come here and have incarnated in third-density form to make the transition with this planet into fourth-density, plus Wanderers.

Ra: I am Ra. This is correct except we may note a small point.

The positively oriented harvested entities will remain in this planetary influence but not upon this plane.

Questioner: I think you said there were 60 million Wanderers, approximately, here now.

Am I correct in that memory?

Ra: I am Ra. This is approximately correct.

There is some excess to that amount.

Questioner: Does that number include the harvestable entities who are coming to this planet for the fourth-density experience?

Questioner: Approximately how many are here now who have come here from other planets who are third-density harvestable for fourth-density experience?

Ra: I am Ra. This is a recent, shall we say, phenomenon and the number is not yet in excess of 35,000 entities.

Last modified on Wednesday, 22 June 2022 00:14
Tweet
More in this category: The Reason Why 'Homo Erectus' Cohabited with 'Dinosaurs' »
Login to post comments
back to top