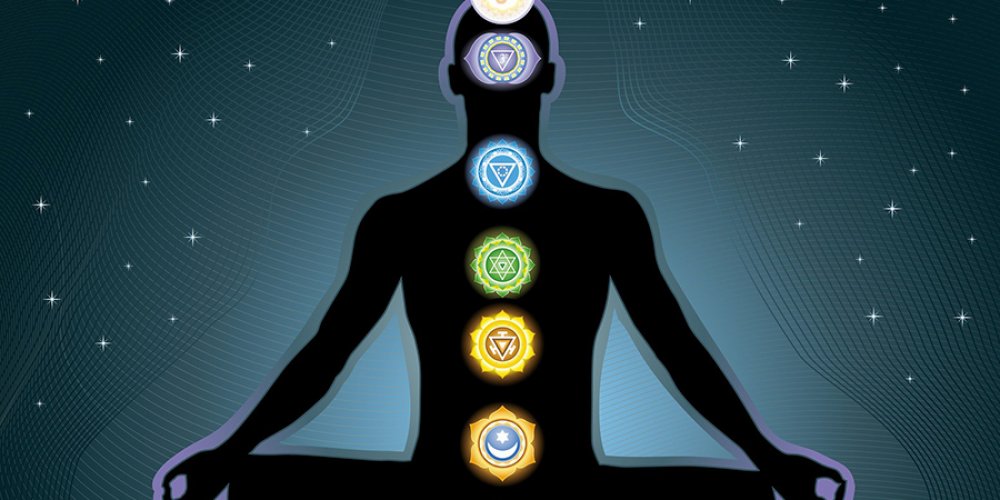 Questioner: Will you expand on the positive and negative polarizations in general and how they apply to individuals and planets, etc.?

I think there is a correlation here, but I’m not sure.

Ra: I am Ra. It is correct that there is a correlation between the energy field of an entity of your nature and planetary bodies, for all material is constructed by means of the dynamic tension of the magnetic field.

The lines of force in both cases may be seen to be much like the interweaving spirals of the braided hair.

Thus positive and negative wind and interweave forming geometric relationships in the energy fields of both persons, as you would call a mind/body/spirit complex, and planets.

The negative pole is the south pole or the lower pole.
The north or upper pole is positive.

The crisscrossing of these spiraling energies form primary, secondary, and tertiary energy centers.

You are familiar with the primary energy centers of the physical, mental, and spiritual body complex.

Secondary points of the crisscrossing of positive and negative center orientation revolve about several of your centers.

The yellow-ray center
may be seen to have secondary energy centers in elbow, in knee, and in the subtle bodies at a slight spacing from the physical vehicle at points describing diamonds about the entity’s navel area surrounding the body.One may examine each of the energy centers for such secondary centers.

Some of your peoples work with these energy centers, and you call this acupuncture.

However, it is to be noted that there are most often anomalies in the placement of the energy centers so that the scientific precision of this practice is brought into question.

Like most scientific attempts at precision, it fails to take into account the unique qualities of each creation.

The most important concept to grasp about the energy field is that the lower or negative pole will draw the universal energy into itself from the cosmos.

Therefrom it will move upward to be met and reacted to by the positive spiraling energy moving downward from within.

The measure of an entity’s level of ray activity is the locus wherein the south pole outer energy has been met by the inner spiraling positive energy.

As an entity grows more polarized this locus will move upwards.

This phenomenon has been called by your peoples the kundalini.

However, it may better be thought of as the meeting place of cosmic and inner, shall we say, vibratory understanding.

To attempt to raise the locus of this meeting without realizing the metaphysical principles of magnetism upon which this depends is to invite great imbalance.

Questioner: You spoke at an earlier time of rotational speeds of energy centers.

Am I correct in assuming that this is a function of the blockage of the energy center so that when it is less blocked, the speed of rotation is higher and the energy instreaming is greater?

Ra: I am Ra. You are partially correct.

In the first three energy centers a full unblocking of this energy will create speeds of rotation.

As the entity develops the higher energy centers, however, these centers will then begin to express their nature by forming crystal structures.

This is the higher or more balanced form of activation of energy centers as the space/time nature of this energy is transmuted to the time/space nature of regularization and balance.

Questioner: What do you mean by crystal structures?

Ra: I am Ra. Each of the energy centers of the physical complex may be seen to have a distinctive crystalline structure in the more developed entity.

Each will be somewhat different just as in your world no two snowflakes are alike.

However, each is regular.

The red energy center
often is in the shape of the spoked wheel.

The yellow center
again in a rounded shape, many faceted, as a star.

The green energy center
sometimes called the lotus-shape, the number of points of crystalline structure dependent upon the strength of this center.

The blue energy center
capable of having perhaps one hundred facets and capable of great flashing brilliance.

The indigo center
a more quiet center which has the basic triangular or three-petalled shape in many, although some adepts who have balanced the lower energies may create more faceted forms.

The violet energy center
is the least variable and is sometimes described in your philosophy as thousand-petalled as it is the sum of the mind/body/spirit complex distortion totality.

Last modified on Wednesday, 09 December 2020 00:40
Tweet
More in this category: The Cyclical Influences of Cosmic Energies or Sine Waves Which Helps An Entity To Do Work »
Login to post comments
back to top