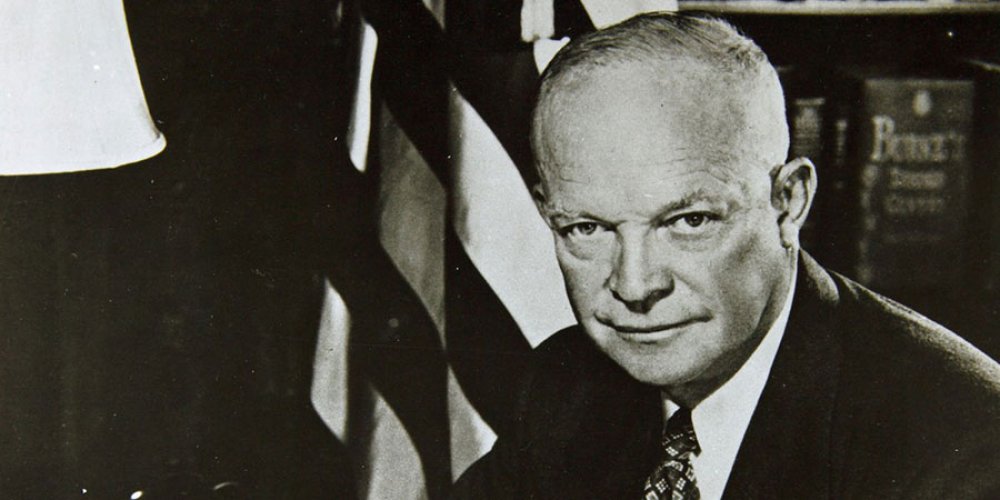 Questioner: One thing that has been bothering me that I was just reading about is not too important, but I would really be interested in knowing if Dwight Eisenhower met with either the Confederation or the Orion group in the 1950s?

Ra: I am Ra. The one of which you speak met with thought-forms which are indistinguishable from third density.

This was a test.

We, the Confederation, wished to see what would occur if this extremely positively oriented and simple congenial person with no significant distortion towards power happened across peaceful information and the possibilities which might append therefrom.

We discovered that this entity did not feel that those under his care could deal with the concepts of other beings and other philosophies.

Thus an agreement reached then allowed him to go his way, ourselves to do likewise;

and a very quiet campaign, as we have heard you call it, be continued alerting your peoples to our presence gradually.

Events have overtaken this plan.

Is there any short query before we close?

Questioner: Another question with that is: was there a crashed spaceship with small bodies now stored in our military installations?

Ra: I am Ra. We do not wish to infringe upon your future.

Gave we you this information, we might be giving you more than you could appropriately deal with in the space/time nexus of your present somewhat muddled configuration of military and intelligence thought.

Therefore, we shall withhold this information.

NOTE:
We are not insinuating that the gentleman (Val) being talked about in the video below is "Ra". You need to have a deeper understanding of Densities and Spiritual Evolution in order to wrap your head around the concept of how this may have been achieved by The Confederate. We do not want anyone turning 'Val' into a type of Deity, God or the second coming of "Jesus". Our great aim is to illuminate, never to confuse.

However, the video contains nuggets of information that we feel will illuminate some of the points that we've highlighted above.

Last modified on Friday, 19 April 2019 01:55
Tweet
More in this category: Franklin D. Roosevelt »
Login to post comments
back to top