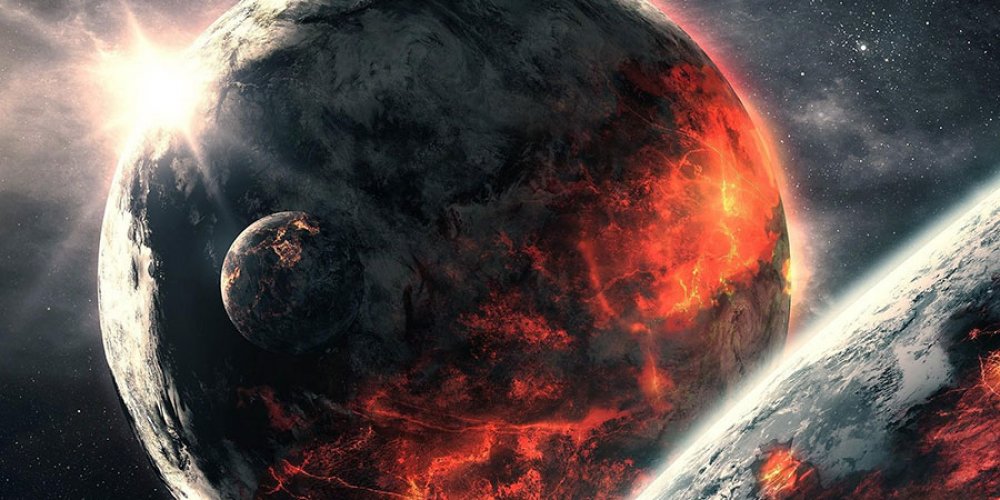 Questioner: Could you give me some idea of what conditions are like on a fourth-density negative or service to self planet?

Ra: I am Ra. The graduation into fourth-density negative is achieved by those beings who have consciously contacted intelligent infinity through the use of red, orange, and yellow rays of energy.

Therefore, the planetary conditions of fourth-density negative include the constant alignment and realignment of entities in efforts to form dominant patterns of combined energy.

The early fourth-density is one of the most intensive struggle.

When the order of authority has been established and all have fought until convinced that each is in the proper placement for power structure, the social memory complex begins.

Always the fourth density effect of telepathy and the transparency of thought are attempted to be used for the sake of those at the apex of the power structure.

As the fourth-density entities manage to combine, they then polarize through such services to self as those offered by the crusaders of Orion.

You may ask more specific questions in the next session of working.

That clears up that point very well.

Can you tell me how positive and negative polarizations in fourth and fifth density are used to cause working in consciousness?

Ra: I am Ra. There is very little work in consciousness in fourth and in fifth densities compared to the work done in third density.

The work that is accomplished in positive fourth is that work whereby the positive social memory complex, having, through slow stages, harmoniously integrated itself, goes forth to aid those of less positive orientation which seek their aid.

Thus their service is their work and through this dynamic between the societal self and the other-self, which is the object of love, greater and greater intensities of understanding or compassion are attained.

This intensity continues until the appropriate intensity of the light may be welcomed.

This is fourth-density harvest.

Within fourth-density positive there are minor amounts of catalyst of a spiritual and mental complex distortion.

This occurs during the process of harmonizing to the extent of forming the social memory complex.

This causes some small catalyst and work to occur, but the great work of fourth density lies in the contact betwixt the societal self and less polarized otherself.

In fourth-density negative
much work is accomplished during the fighting for position which precedes the period of the social memory complex.

There are opportunities to polarize negatively by control of other-selves.

During the social memory complex period of fourth-density negative the situation is the same.

The work takes place through the societal reaching out to less polarized otherself in order to aid in negative polarization.

Questioner: In a transition from third to fourth-density we have two other possibilities other than the type that we are experiencing now.

Does the planet have the experience of the distortion of disease that this planet now experiences prior to that transition?

The negative harvest is one of intense disharmony and the planet will express this.

Questioner: The planet has a certain set of conditions in late third-density, and then the conditions are different in early fourth-density.

Could you give me an example of a negatively polarized planet and the conditions in late third-density and early fourth-density so that I can see how they change?

With fourth-density negative comes many abilities and possibilities of which you are familiar.

The fourth-density is more dense and it is far more difficult to hide the true vibrations of the mind/body/spirit complex.

This enables fourth-density negatives, as well as positives, the chance to form social memory complexes.

It enables negatively oriented entities the opportunity for a different set of parameters with which to show their power over others and to be of service to the self.

The conditions are the same as far as the vibrations are concerned.

Questioner: It seems to me that this is a service-to-others action in offering the possibility of the self-serving path.

What is the relative effect of polarization in this action?

I don’t understand that.

In your armed bands a large group marauds and pillages successfully.

The success of the privates is claimed by the corporals,
the success of corporals by sergeants,
then lieutenants,
captains,
majors, and finally
the commanding general.

Each successful temptation, each successful harvestable entity is a strengthener of the power and polarity of the fourth-density social memory complex which has had this success.

Questioner: The Law of Doubling, then, does not work in this way.

How much does the power of the social memory complex increase relative to this single entity that is harvested and absorbed into it?

If one entity in the social memory complex is responsible for this addition to its being,
that mind/body/spirit complex will absorb, in linear fashion, the power contained in the, shall we say, recruit.

If a subgroup is responsible,
the power is then this sub-group’s.

Only very rarely is the social memory complex of negative polarity capable of acting totally as one being.

The loss of polarity due to this difficulty, to which we have previously referred as of kind of spiritual entropy, is quite large.

Questioner: Then assuming that a single negatively oriented entity is responsible for the recruiting of a harvested third-density entity and adds its polarity to his negative polarity and power,

Ra: I am Ra. The so-called pecking order is immediately challenged and the entity with increased power exercises that power to control more other-selves and to advance within the social memory complex structure.

Questioner: How is this power measured?

How is it obvious that this entity has gained this additional power?

Ra: I am Ra. In some cases there is a kind of battle.

This is a battle of wills and the weapons consist of the light that can be formed by each contender.

In most cases where the shift of power has been obvious it simply is acknowledged and those seeing benefit from associating with this newly more powerful entity aid it in rising within the structure.