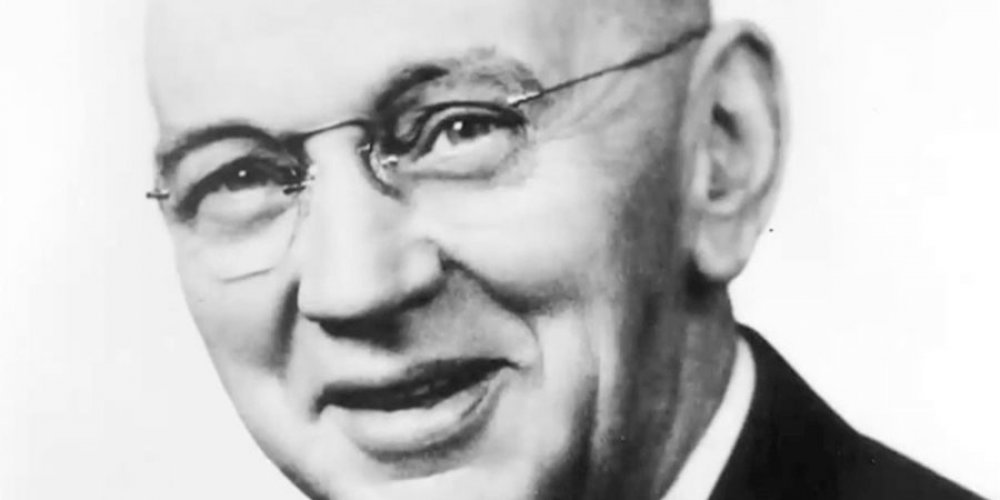 Questioner: Who spoke through Edgar Cayce?

Ra: I am Ra. No entity spoke through Edgar Cayce.

Questioner: Where did the information come from that Edgar Cayce channeled?

Ra: I am Ra. We have explained before that the intelligent infinity is brought into intelligent energy from eighth density or octave.

The one sound vibratory complex called Edgar used this gateway to view the present, which is not the continuum you experience but the potential social memory complex of this planetary sphere.

The term your peoples have used for this is the “Akashic Record” or the “Hall of Records.”

This is the last question which you may now ask.

Questioner: We would seem to have dual catalysts operating, and the question is which one is going to act first.

The prophecies, I will call them, made by Edgar Cayce indicated many Earth changes and I am wondering about the mechanics describing the future.

Ra, it has been stated, is not a part of time and yet we concern ourselves with possibility/probability vortices.

It is very difficult for me to understand how the mechanism of prophecy operates.

What is the value of such a prophesy such as Cayce made with respect to Earth changes and all of these scenarios?

Consider the shopper entering the store to purchase food with which to furnish the table for the time period you call a week.

Some stores have some items, others a variant set of offerings.

We speak of these possibility/probability vortices when asked with the understanding that such are as a can, jar, or portion of goods in your store.

It is unknown to us as we scan your time/space whether your peoples will shop hither or yon.

We can only name some of the items available for the choosing.

The, shall we say, record which the one you call Edgar read from is useful in that same manner.

There is less knowledge in this material of other possibility/probability vortices and more attention paid to the strongest vortex.

We see the same vortex but also see many others.

Edgar’s material could be likened unto one hundred boxes of your cold cereal, another vortex likened unto three, or six, or fifty of another product which is eaten by your peoples for breakfast.

That you will breakfast is close to certain.

The menu is your own choosing.

The value of prophecy must be realized to be only that of expressing possibilities.

Moreover, it must be, in our humble opinion, carefully taken into consideration that any time/space viewing, whether by one of your time/space or by one such as we who view the time/space from a dimension, shall we say, exterior to it will have a quite difficult time expressing time measurement values.

Thus prophesy given in specific terms is more interesting for the content or type of possibility predicted than for the space/time nexus of its supposed occurrence.

Questioner: So we have the distinct possibility of two different types of catalyst creating an atmosphere of seeking that is greater than that which we experience at present.

There will be much confusion, especially in the scenario of Earth changes simply because there have been many predictions of these changes by many groups giving many and sundry reasons for the changes.

Can you comment on the effectiveness of this type of catalyst and the rather wide pre-knowledge of the coming changes but also the wide variation in explanation for these changes?

Ra: I am Ra. Given the amount of strength of the possibility/probability vortex which posits the expression by the planet itself of the difficult birthing of the planetary self into fourth-density, it would be greatly surprising were not many which have some access to space/time able to perceive this vortex.

The amount of this cold cereal in the grocery, to use our previous analogy, is disproportionately large.

Each which prophesies does so from an unique level, position, or vibratory configuration.

Thus biases and distortions will accompany much prophecy.

Last modified on Saturday, 10 November 2018 19:00
Tweet
More in this category: Historical Figures Who Were Harvested into 4th Density 'Negative Path': Genghis Khan/Rasputin/Taras Bulba »
Login to post comments
back to top