Ra's Connection With The Egyptians 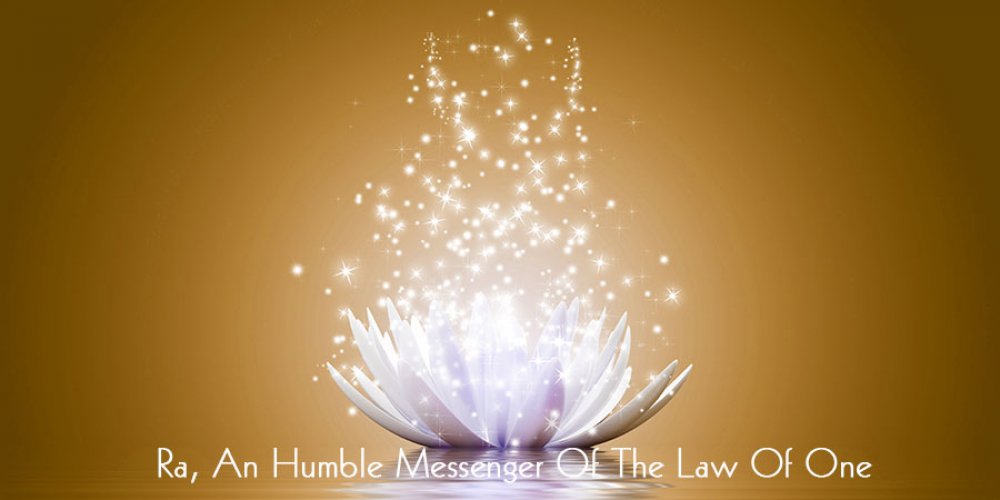 Questioner: I’ve heard of the name “Ra” in connection with the Egyptians.

Are you connected with that Ra in any way?

Ra: I am Ra. Yes, the connection is congruency.

What do you not understand?

Questioner: Could you give me a little more detail about your role with the Egyptians?

The identity of the vibration Ra is our identity.

We as a group, or what you would call a social memory complex,
made contact with a race of your planetary kind which you call Egyptians.

Others from our density
made contact at the same time in South America, and the so-called “lost cities” were their attempts to contribute to the Law of One.

We spoke to one who heard and understood and was in a position to decree the Law of One.

However, the priests and peoples of that era quickly distorted our message, robbing it of the, shall we say, compassion with which unity is informed by its very nature.

Since it contains all, it cannot abhor any.

When we were no longer able to have appropriate channels through which to enunciate the Law of One, we removed ourselves from the now hypocritical position which we had allowed ourselves to be placed in.

Other myths, shall we say, having more to do with polarity and the things of your vibration that are complex, again took over in that particular society/complex.

Does this form a sufficient amount of information, or could we speak further?

Is there another query?

Questioner: When you contact the entities in their dreams and otherwise, these entities first have to be seeking in the direction of the Law of One. Is this correct?

For example, the entities of the nation Egypt were in a state of pantheism, as you may call the distortion toward separate worship of various portions of the Creator.

We were able to contact one whose orientation was toward the One.

Questioner: Were Ra’s teachings focusing on the archetypes for this Logos and the methods of achieving a very close approach to the archetypical configuration?

Questioner: That’s OK. I don’t think that was too good a question anyway.

When Ra initially planned for helping the Egyptians with their evolution, what was the primary concept, and also secondary and tertiary if you can name those, that Ra wished to impart to the Egyptians?

In other words, what was Ra’s training plan or schedule for making the Egyptians aware of what was necessary for their evolution?

Ra: I am Ra. We came to your peoples to enunciate the Law of One.

We had no teaching plan, as you have called it, in that our intention when we walked among your peoples was to manifest that which was requested by those learn/teachers to which we had come.

We are aware that this particular line of querying; that is, the nature and architecture of the archetypical mind, has caused the questioner to attempt, to its own mind unsuccessfully, to determine the relative importance of these concepts.

We cannot learn/teach for any, nor would we take this opportunity from the questioner.

The adept has already worked much, not only within the red, orange, yellow, and green energy centers but also in the opening of blue and indigo.

Up through this point the archetypes function as the great base or plinth of a builded structure or statue keeping the mind complex viable, level, and available as a resource whenever it may be evoked.

There is a point at which the adept takes up its work.

This is the point at which a clear and conscious consideration of the archetypical mind is useful.