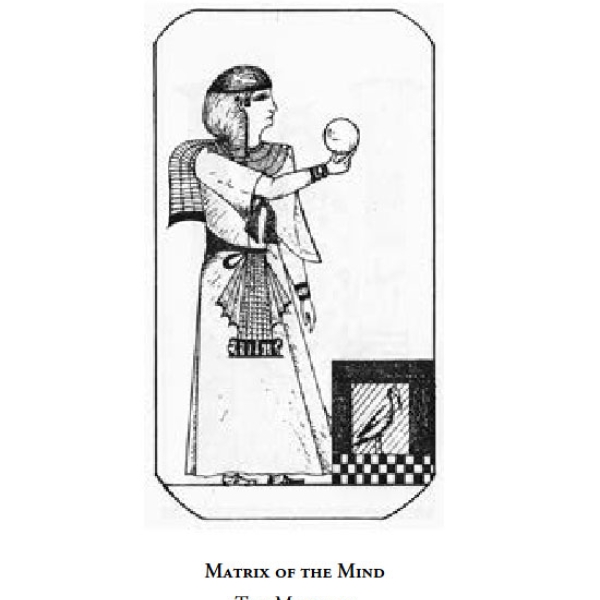 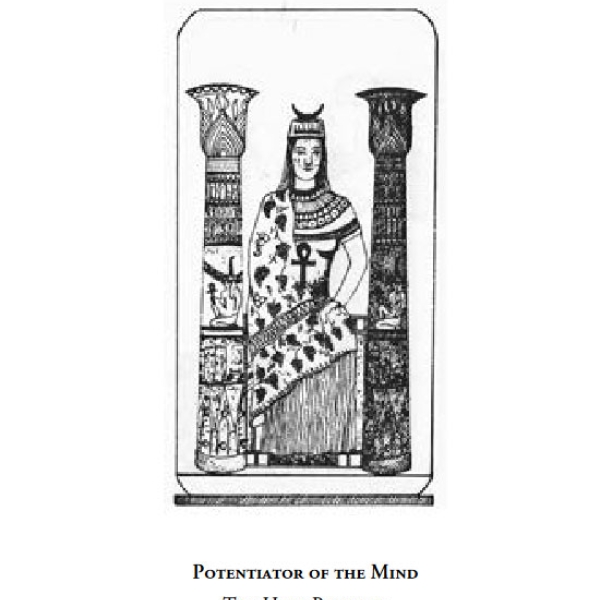 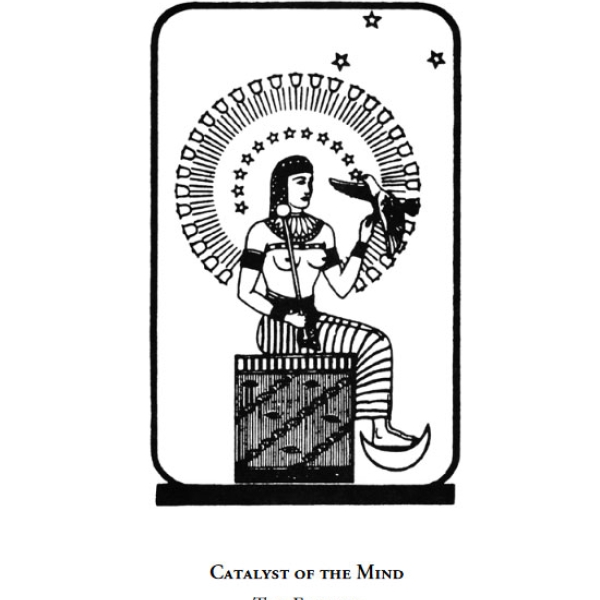 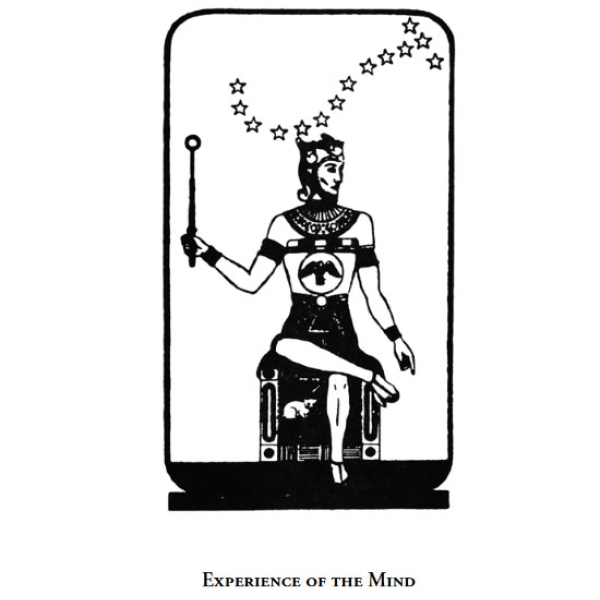 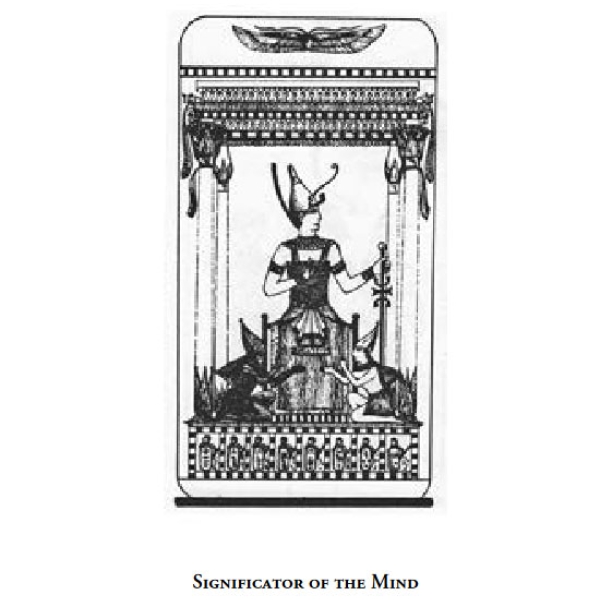 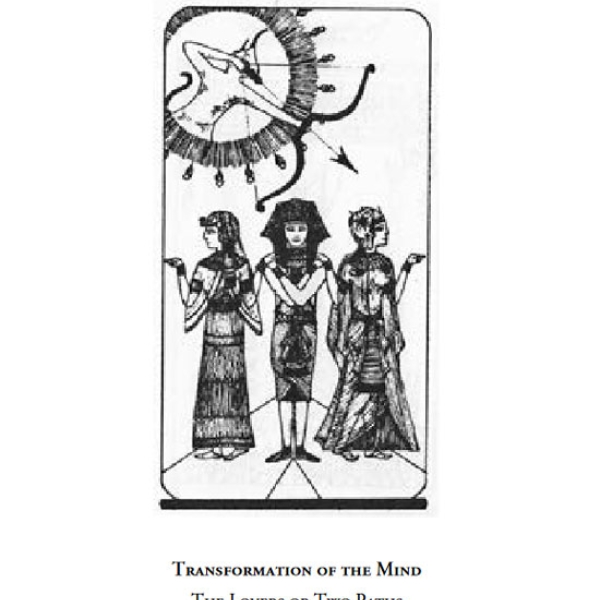 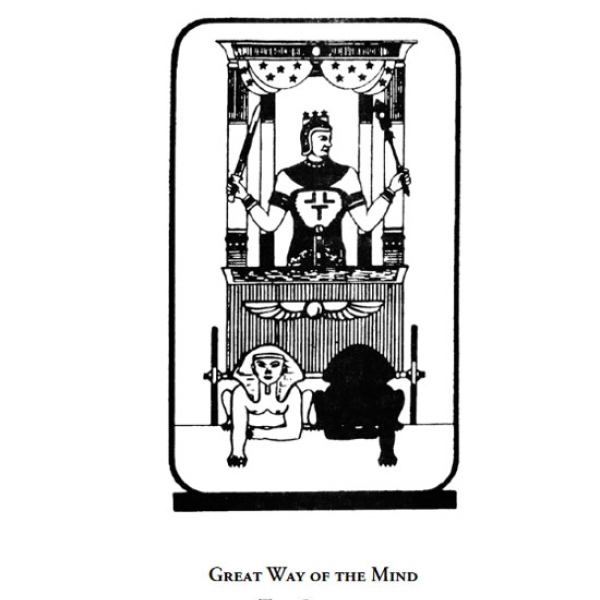 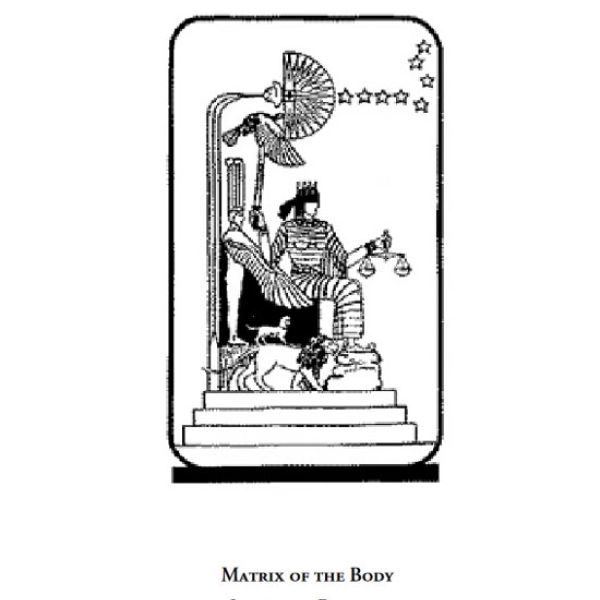 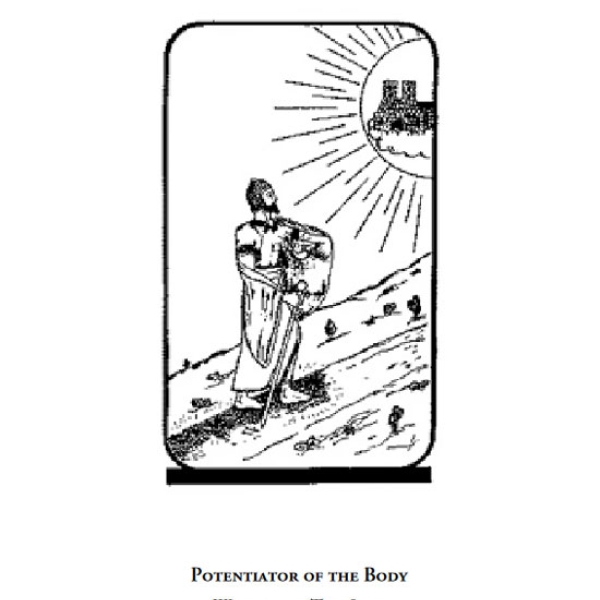 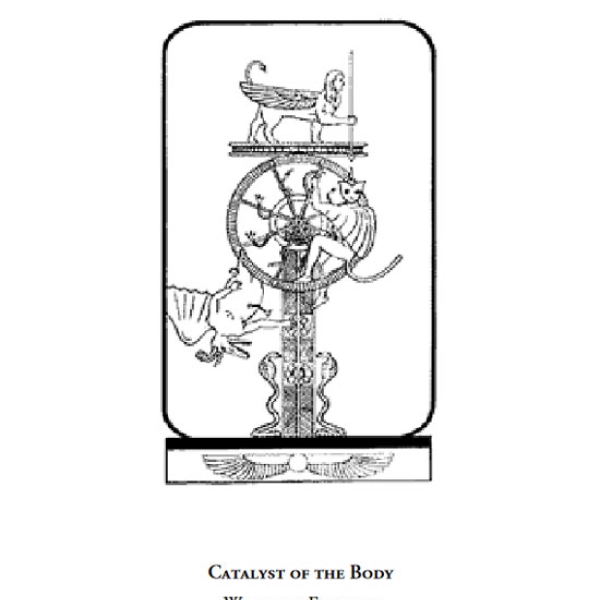 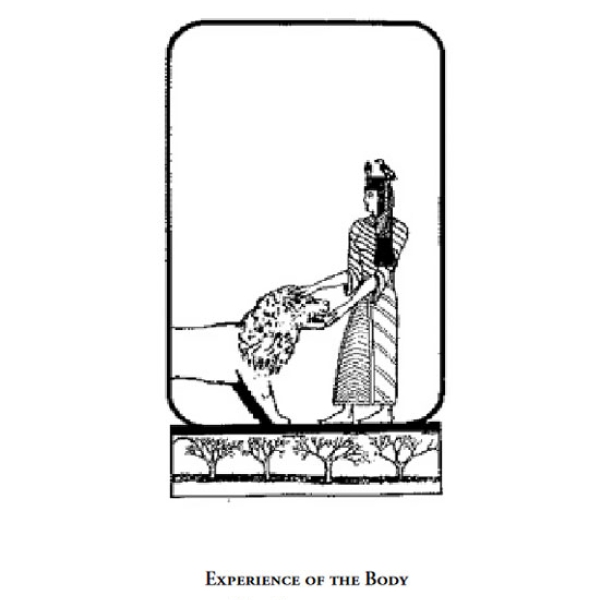 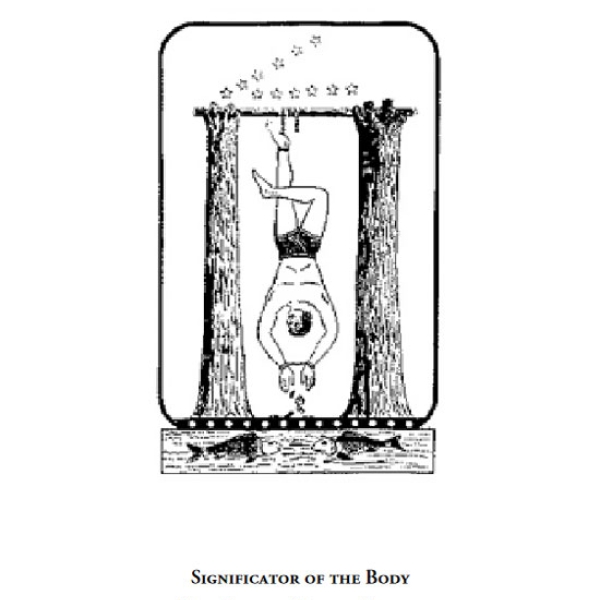 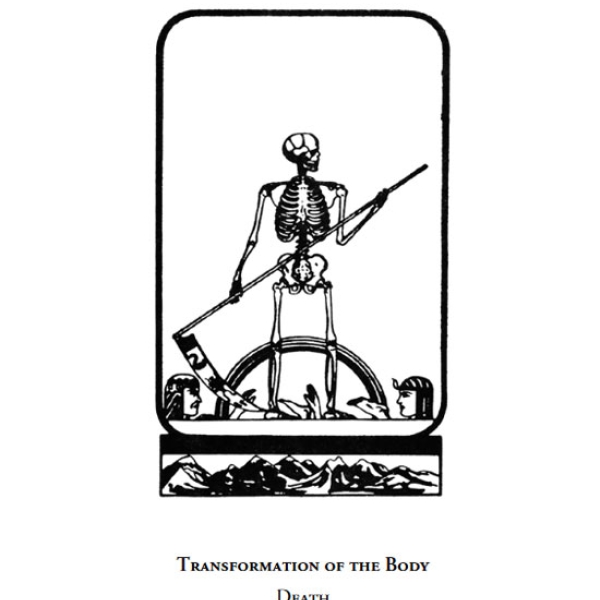 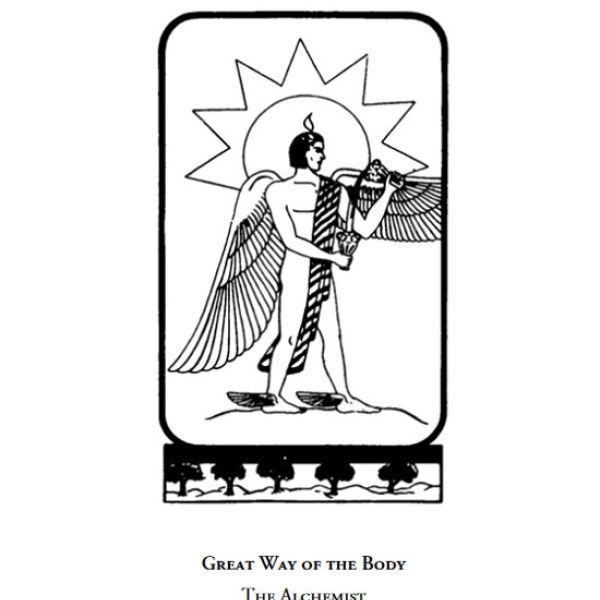 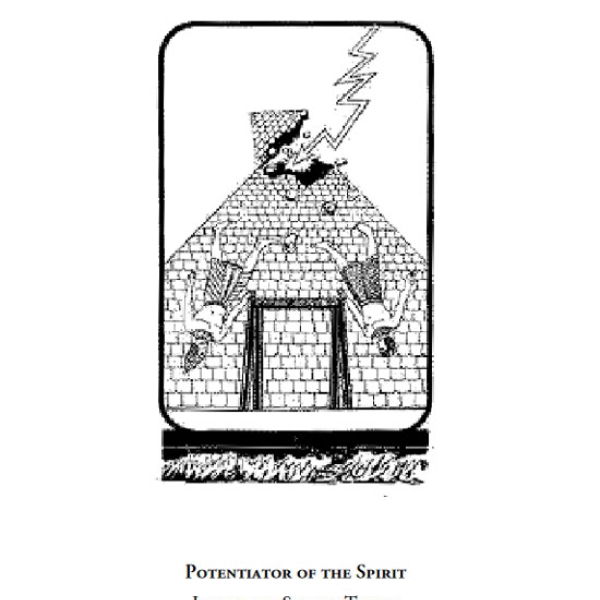 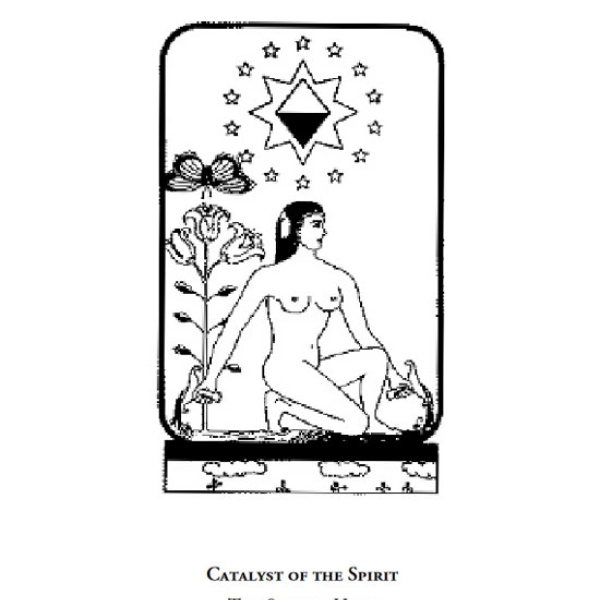 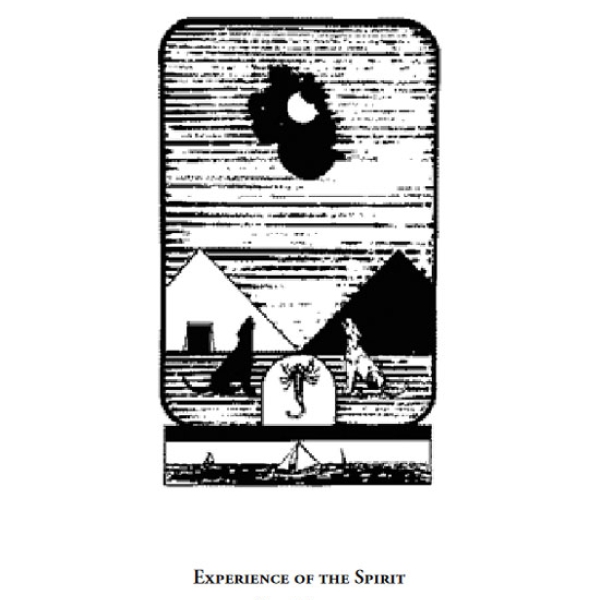 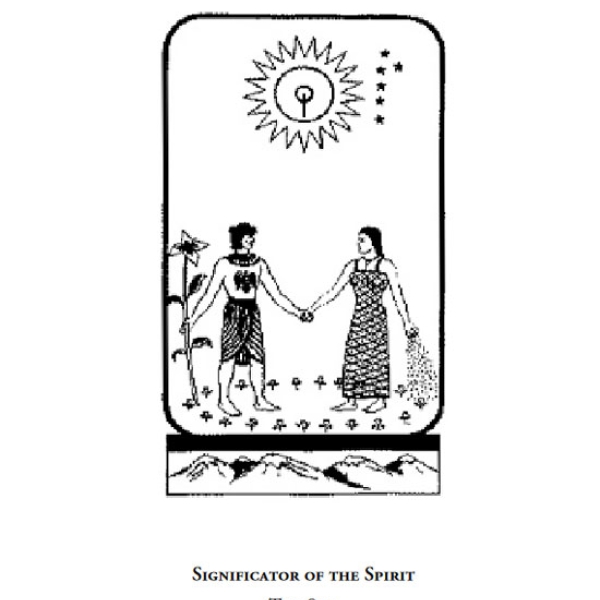 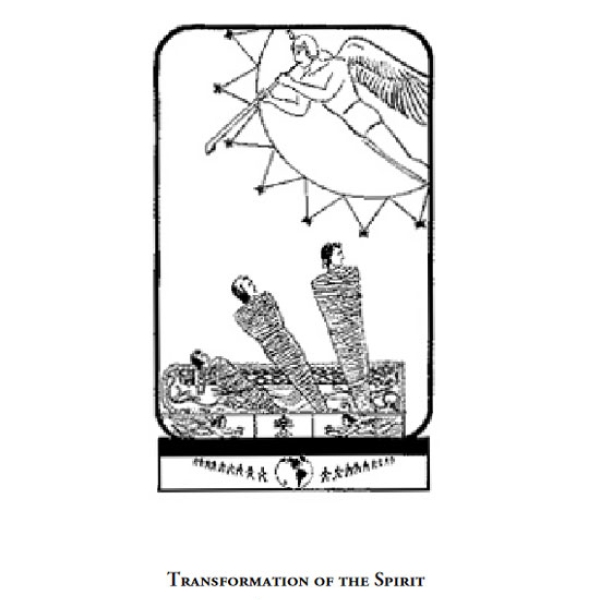 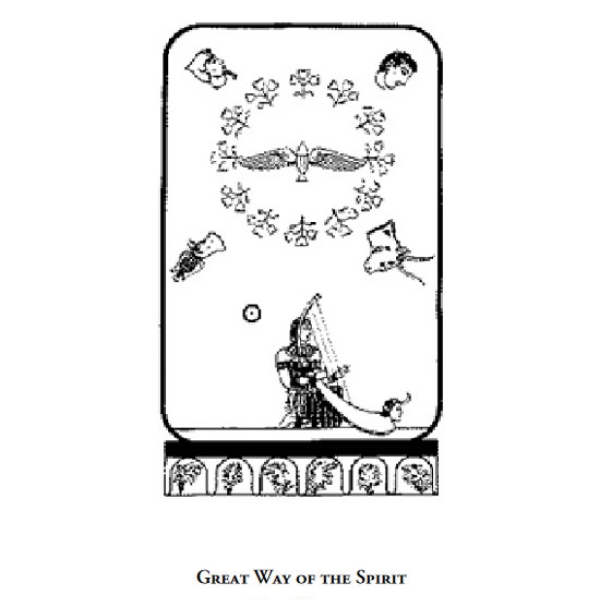 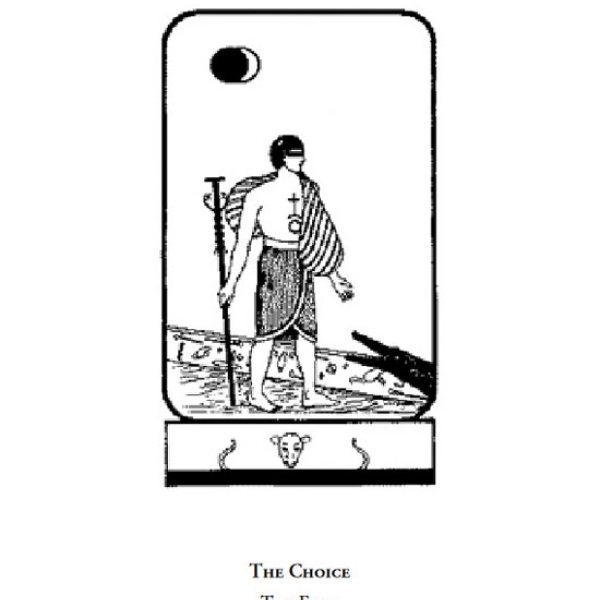 Questioner: In the last session we discussed the first tarot card of the Egyptian type.

Are there any distortions in the cards that we have that Ra did not originally intend or any additions that Ra did intend in this particular tarot?

Ra: The distortions remaining after the removal of astrological material are those having to do with the mythos of the culture to which Ra offered this teach/learning tool.

This is why we have suggested approaching the images looking for the heart of the image rather than being involved overmuch by the costumes and creatures of a culture not familiar to your present incarnation.

We have no wish to add to an already distorted group of images, feeling that although distortion is inevitable there is the least amount which can be procured in the present arrangement.

Questioner: Then you are saying that the cards that we have here are the best available cards.

Ra: I am Ra. Your statement is correct in that we consider the so-called Egyptian tarot the most undistorted version of the images which Ra offered.

This is not to intimate that other systems may not, in their own way, form an helpful architecture for the adept’s consideration of the archetypical mind.

In Card Number One
I would eliminate the star, the wand in the Magician’s hand, and I understand that the sphere remains but I am not really sure where it should be.

Firstly,
the elimination of letters is acceptable.

Secondly,
the elimination of stars is acceptable in all cases.

Thirdly,
the elimination of the wand is appropriate.

Fourthly,
the sphere may be seen to be held by the thumb and index and second finger.

Fifthly,
we would note that it is not possible to offer what you may call a pure deck, if you would use this term, of tarot due to the fact that when these images were first drawn there was already distortion in various and sundry ways, mostly cultural.

Sixthly,
although it is good to view the images without the astrological additions, it is to be noted that the more general positions, phases, and characteristics of each concept complex are those which are significant.

The removal of all distortions is unlikely and, to a great extent, unimportant.

Questioner: I didn’t think that we could ever remove all distortions but it is very difficult to work with or interpret these cards because of the quality of the drawing, and as we go through them we get a better idea of what some of these things are and how they should be drawn.

I think that we can improve on the quality of the cards and also remove some of the extraneous material that is misleading.

In Card Number Three
we will remove all the letters and the stars and I assume that the little cups around the outside of the rays representing the sun should be removed? Is that correct?

In Card Number Four
we will remove all the letters and the stars and it seems that again we have a situation of removing the wand and putting the sphere in the hand. Is that correct?

Ra: I am Ra. Again, this is a matter of choice.

Though astrological in nature, this particular scepter has possibilities of relevance in the originally intended concept complex.

This instrument is experiencing some small lack of that distortion which you call proper breathing due to the experience of your near past, as you perceive it.

Therefore, as this instrument has requested a substantial enough amount of transferred energy to be retained that it might effect a comfortable re-entry, we shall at this time ask for one more query, after noting the following.

We did not complete our statement upon the dimensions of the crux ansata.

It is given in many places.

There are decisions to be made as to which drawing of this image is the appropriate one.

We may, of course, suggest viewing the so-called Great Pyramid if the puzzle is desired.

We do not wish to work this puzzle.

It was designed in order that in its own time it be deciphered.

In general, of course, this image has the meaning previously stated.

Questioner: Are there any items in the first four cards not of Ra’s intention that we could remove to present a less confusing card as we make our new drawings?

Ra: I am Ra. We find much material in this query which would constitute repetition.

May we suggest rephrasing the query?

Questioner: Possibly I didn’t phrase that the way I meant to.

Ra: I am Ra. We shall repeat our opinion that there are several concepts which, in each image, are astrologically based.

However, these concepts are not without merit within the concept complex intended by Ra, given the perception by the student of these concepts in an appropriate manner.

We wish not to form that which may be considered by any mind/body/spirit complex to be a complete and infallible series of images.

There is a substantial point to be made in this regard.

We have been, with the questioner’s aid, investigating the concept complexes of the great architecture of the archetypical mind.

To more clearly grasp the nature, the process, and the purpose of archetypes, Ra provided a series of concept complexes.

In no way whatsoever should we, as humble messengers of the one infinite Creator, wish to place before the consideration of any mind/body/spirit complex which seeks its evolution the palest tint of the idea that these images are anything but a resource for working in the area of the development of the faith and the will.

To put this into perspective we must gaze then at the stunning mystery of the one infinite Creator.

The archetypical mind does not resolve any paradoxes or bring all into unity.

This is not the property of any source which is of the third-density.

Therefore, may we ask the student to look up from inward working and behold the glory, the might, the majesty, the mystery, and the peace of oneness.

We are not messengers of the complex.

We bring the message of unity.

In this perspective only may we affirm the value to the seeker of adepthood of the grasping, articulating, and use of this resource of the deep mind exemplified by the concept complex of the archetypes.

Questioner: We now have an additional set of tarot images.

Which of these two sets are closer to Ra’s original intention?

Ra: I am Ra. The principle which moves in accordance with the dynamics of teach/learning with most efficiency is constancy.

We could explore the archetypical mind using that set of images produced by the one known as Fathman or we could use those which have been used.

In point of fact, those which are being used have some subtleties which enrich the questioning.

As we have said, this set of images is not that which we gave.

This is not material.

We could use any of a multitude of devised tarot sets.

Although this must be at the discretion of the questioner, we suggest the maintaining of one and only one set of distorted images to be used for the querying and note that the images you now use are good.