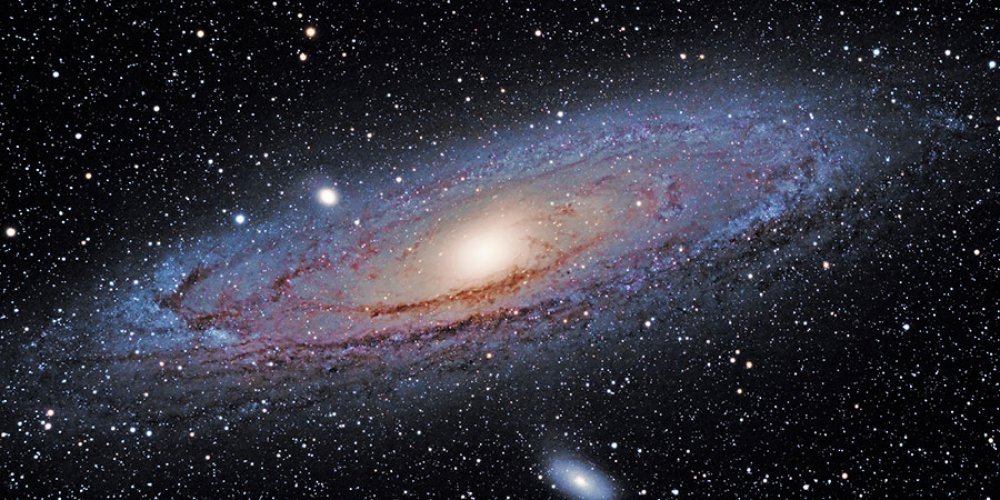 I am going to go back to an earlier time, if you could call it that, in evolution to try to establish a very fundamental base for some of the concepts that seem to be the foundation of everything that we experience so that we can more fully examine the basis of our evolution.

I am guessing that in our Milky Way Galaxy (the major galaxy with billions of stars) that the progress of evolution was from the center outward toward the rim and that in the early evolution of this galaxy the first distortion was not extended down past the sub Logos simply because it was not thought of or conceived of and that this extension of the first distortion, which created polarization, was something that occurred in what we would call a later time as the evolution progressed outward from the center of the galaxy.

Am I in any way correct in this statement?

Questioner: We have the first, second, and third distortions of the Law of One as free will, love, and light.

Am I correct in assuming that the central core of this major galaxy began to form with the third distortion?

Was that the origin of our Milky Way Galaxy?

Ra: I am Ra. In the most basic or teleological sense you are incorrect as the one infinite Creator is all that there is.

In an undistorted seed-form you are correct in seeing the first manifestation visible to the eye of the body complex which you inhabit as the third distortion, light, or to use a technical term, limitless light.

Questioner: I realize that we are on very difficult ground, you might say, for precise terminology.

It is totally displaced from our system of coordinates for evaluation in our present system of language.

These early Logoi that formed in the center of the galaxy wished, I assume, to create a system of experience for the one Creator.

Did they then start with no previous experience or information about how to do this?

Ra: I am Ra. At the beginning of this creation or, as you may call it, octave there were those things known which were the harvest of the preceding octave.

About the preceding creation, we know as little as we do of the octave to come.

However, we are aware of those pieces of gathered concept which were the tools which the Creator had in the knowing of the self.

These tools were of three kinds.

Firstly,
there was an awareness of the efficiency for experience of mind, body, and spirit.

Secondly,
there was an awareness of the most efficacious nature or, if you will, significator of mind, body, and spirit.

Thirdly,
there was the awareness of two aspects of mind, of  body, and of spirit that the significator could use to balance all catalyst.

You may call these two the matrix and the potentiator.

Questioner: Could you elaborate please on the nature and quality of the matrix and the potentiator?

In the mind complex
the matrix may be described as consciousness.
It has been called the Magician.

It is to be noted that of itself consciousness is unmoved.

The potentiator of consciousness is the unconscious.
This encompasses a vast realm of potential in the mind.

In the body
the matrix may be seen as Balanced Working or Even Functioning.
Note that here the matrix is always active with no means of being inactive.

The Matrix of the Spirit
is what you may call the Night of the Soul or Primeval Darkness.

Again we have that which is not capable of movement or work.

The potential power of this extremely receptive matrix is such that the potentiator may be seen as Lightning.

In your archetypical system called the tarot this has been refined into the concept complex of the Lightning Struck Tower.

However, the original potentiator was light in its sudden and fiery form; that is, the lightning itself.

Questioner: Would you elucidate with respect to the significator you spoke of?

Ra: I am Ra. The original significators may undifferentiatedly be termed the mind, the body, and the spirit.

Questioner: Why do the densities have the qualities that they have?

You have named the densities with respect to their qualities, the next density being that of love and so on.

Can you tell me why these qualities exist in that form?

Is it possible to answer that question?

Questioner: Will you please answer that?

Ra: I am Ra. The nature of the vibratory range peculiar to each quantum of the octave is such that the characteristics of it may be described with the same certainty with which you perceive a color with your optical apparatus if it is functioning properly.

Questioner: So the original evolution then was planned by the Logos but the first distortion was not extended to the product.

At some point this first distortion was extended and the first service-to-self polarity emerged.

Is this correct and if so, could you tell me the history of this process of emergence?

Ra: I am Ra. As proem let me state that the Logoi always conceived of themselves as offering free will to the sub-Logoi in their care.

The sub-Logoi had freedom to experience and experiment with consciousness, the experiences of the body, and the illumination of the spirit.

That having been said, we shall speak to the point of your query.

The first Logos to instill what you now see as free will, in the full sense, in its sub-Logoi came to this creation due to contemplation in depth of the concepts or possibilities of conceptualizations of what we have called the significators.

The Logos posited the possibility of the mind, the body, and the spirit as being complex.

In order for the significator to be what it is not, it then must be granted the free will of the Creator.

This set in motion a quite lengthy, in your terms, series of Logos’s improving or distilling this seed thought.

The key was the significator becoming a complex.

Questioner: Then our particular Logos, when it created Its own particular creation, was at some point far down the evolutionary spiral of the experiment with the significator becoming what it was not and, therefore, I am assuming, was primarily concerned in designing the archetypes in such a way that they would create the acceleration of this polarization.

Ra: I am Ra. We would only comment briefly.

It is generally correct.

You may fruitfully view each Logos and its design as the Creator experiencing Itself.

The seed concept of the significator being a complex introduces two things:

firstly, the Creator against Creator
in one sub-Logos in what you may call dynamic tension;

secondly, the concept of free will,
once having been made fuller by its extension into the sub-Logoi known as mind/body/spirit complexes, creates and re-creates and continues to create as a function of its very nature.

Questioner: The choice of polarity being unique as a circumstance, shall I say, for the archetypical basis for the evolution of consciousness in our particular experience indicates to me that we have arrived, through a long process of the Creator knowing Itself, at a position of present or maximum efficiency for the design of a process of experience.

That design for maximum efficiency is in the roots of consciousness and is the archetypical mind and is a product of everything that has gone before.

There are, unquestionably, relatively pure archetypical concepts for the seven concepts for mind, body, and spirit.

I feel that the language that we have for these is somewhat inadequate.

However, we shall continue to attempt to investigate the foundation for this and I am hoping that I have laid the foundation with some degree of accuracy in attempting to set a background for the development of the archetypes of our Logos.

Have I left out anything or made any errors, or could you make any comments on my attempt to lay the foundation for the construction that our Logos used for the archetypes?

Ra: I am Ra. Your queries are thoughtful.

Questioner: Are they accurate, or have I made mistakes?

Ra: I am Ra. There are no mistakes.

Questioner: Let me put it this way.

Have I made missteps in my analysis of what has led to the construction of the archetypes that we experience?

Ra: I am Ra. We may share with you the observation that judgment is no part of interaction between mind/body/spirit complexes.

We have attempted to answer each query as fully as your language and the extent of your previous information allow.

We may suggest that if, in perusing this present material, you have further queries, refining any concept, these queries may be asked and, again, we shall attempt adequate rejoinders.

Questioner: I understand your limitations in answering that.