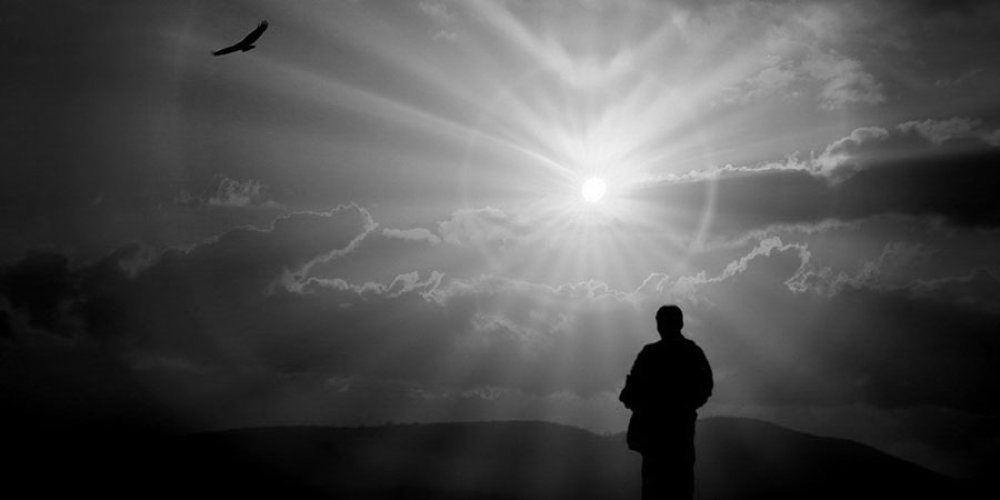 Questioner: I would like to question about the third-density experience of those entities just prior to the original extension of the first distortion to the sub-Logoi to create the split of polarity.

Can you describe, in general, the differences between the third density experience of these mind/body/spirits and the ones who have evolved upon this planet now?

Ra: I am Ra. This material has been previously covered.

Questioner: Specifically, in the experience where only the service-to-others polarity in third density evolved, was the veil that was drawn with respect to knowledge of previous incarnations, etc., in effect for those entities?

Questioner: Was the reincarnational process like the one that we experience here in which the third-density body is entered and exited numerous times during the cycle?

Questioner: Is it possible to give a time of incarnation with respect to our years and would you do so if it is?

Ra: I am Ra. The optimal incarnative period is somewhere close to a measure you call a millennium.

This is, as you may say, a constant regardless of other factors of the third-density experience.

Questioner: Then prior to the first extension of the first distortion the veil or loss of awareness did not occur.

From this I will make the assumption that this veil or loss of remembering consciously that which occurred before the incarnation was the primary tool for extending the first distortion. Is this correct?

Ra: I am Ra. Your correctness is limited.

This was the first tool.

Questioner: Then from that statement I assume that the Logos first devised the tool of separating the unconscious from the conscious during what we call physical incarnations to achieve its objective? Is this correct?

Questioner: Then from that statement I would also assume that many other tools were conceived and used after the first tool of the so-called veil. Is this correct?

Ra: I am Ra. There have been refinements.

Questioner: The archetypical mind of the Logos prior to this experiment in veiling was what I would consider to be less complex than it is now, possibly containing fewer archetypes. Is this correct?

Ra: I am Ra. We must ask your patience.

We perceive a sudden flare of the distortion known as pain in this instrument’s left arm and manual appendages.

Please do not touch this instrument.

We shall examine the mind complex and attempt to reposition the limb so that the working may continue.

Then please repeat the query.

I am Ra. You may proceed.

Prior to the experiment to extend the first distortion how many archetypes were there at that time?

Questioner: I will guess that those nine were three of mind, three of body, and three of spirit. Is this correct?

Questioner: I am going to guess that in the system of the tarot those archetypes would roughly correspond to, for the mind, the Magician, the Emperor, and the Chariot. Is this correct?

Questioner: Could you tell me what they correspond to?

Ra: I am Ra. The body, the mind, and the spirit each contained and functioned under the aegis of the matrix, the potentiator, and the significator.

Questioner: I now understand what you meant in the previous session by saying that to extend free will the significator must become a complex.

It seems that the significator has become the complex that is the third, fourth, fifth, sixth, and seventh of the mind, the tenth on of the body, and the seventeenth on of the spirit. Is this correct?

Questioner: Could you tell me what you mean by “the significator must become a complex”?

Ra: I am Ra. To be complex is to consist of more than one characteristic element or concept.

Questioner: I would like to try to understand the archetypes of the mind of this Logos prior to the extension of the first distortion.

In order to better understand that which we experience now I believe that this is a logical approach.

We have, as you have stated,
the matrix,
the potentiator, and
the significator.

I understand the matrix as being that which is what we call the conscious mind, but since it is also that from which the mind is made, I am at a loss to fully understand these three terms especially with respect to the time before there was a division in consciousness.

how they differ, and what their relationships are, please?

The Matrix of Mind
is that from which all comes.
It is unmoving yet is the activator in potentiation of all mind activity.

The Potentiator of the Mind
is that great resource which may be seen as the sea into which the consciousness dips ever deeper and more thoroughly in order to create, ideate, and become more self-conscious.

The Significator of each mind, body, and spirit
may be seen as a simple and unified concept.

The Matrix of the Body
may be seen to be a reflection in opposites of the mind; that is, unrestricted motion.

The Potentiator of the Body
then is that which, being informed, regulates activity.

The Matrix of the Spirit
is difficult to characterize since the nature of spirit is less motile.

The energies and movements of the spirit are, by far, the most profound yet, having more close association with time/space, do not have the characteristics of dynamic motion.

Thusly one may see

the Matrix
as the deepest darkness and

the Potentiator of Spirit
as the most sudden awakening, illuminating, and generative influence.

This is the description of Archetypes One through Nine before the onset of influence of the co-Creator or sub-Logos’ realization of free will.

Questioner: The first change made then for this extension of free will was to make the communication between the Matrix and the Potentiator of the Mind relatively unavailable one to the other during the incarnation.

Ra: I am Ra. We would perhaps rather term the condition as relatively more mystery-filled than relatively unavailable.

Questioner: The idea was then to create some type of veil between the Matrix and the Potentiator of the Mind. Is this correct?

Questioner: This veil then occurs between what we now call the unconscious and conscious minds. Is this correct?

Questioner: It was probably the design of the Logos to allow the conscious mind greater freedom under the first distortion by partitioning, you might say, this from the Potentiator or unconscious which had a greater communication with the total mind, therefore, allowing for the birth of uneducated, to use a poor term, portions of consciousness. Is this correct?

Ra: I am Ra. This is roughly correct.

Questioner: Could you de-roughen it or elucidate a bit on that?

Ra: I am Ra. There is intervening material before we may do so.

Was then this simple experiment carried out and the product of this experiment observed before greater complexity was attempted?

Ra: I am Ra. As we have said there have been a great number of successive experiments.

What was the result of that?

Ra: I am Ra. This is previously covered material.

The result of these experiments has been a more vivid, varied, and intense experience of Creator by Creator.

Questioner: Well I was aware of that.

I don’t know if it’s worth attempting to continue with but what I meant was when this very first experiment with the veiling process occurred, did it result in service-to-self polarization with the first experiment?

Ra: I am Ra. The early, if we may use this term, Logoi produced service-to-self and service-to-others mind/body/spirit complexes immediately.

The harvestability of these entities was not so immediate and thus refinements of the archetypes began apace .

Questioner: Now we are getting to what I was trying to determine.

Then at this point were there still only nine archetypes and the veil had just been drawn between the Matrix and the Potentiator of the Mind?

Ra: I am Ra. There were nine archetypes and many shadows.

Questioner: By shadows do you mean the, what I might refer to as, birthing of small archetypical biases?

Ra: I am Ra. Rather we would describe these shadows as the inchoate thoughts of helpful structures not yet fully conceived.

Questioner: Would The Choice exist at this point during the creation of the first service-to-self polarity?

Ra: I am Ra. Implicit in the veiling or separation of two archetypes is the concept of choice.

The refinements to this concept took many experiences.

Questioner: I’m sorry that I have so much difficulty in asking these questions, but this is material that I find somewhat difficult.

I find it interesting that the very first experiment of veiling the Matrix of the Mind from the Potentiator of the Mind and visa-versa created service-to-self polarity.

This seems to be a very important philosophical point in the development of the creation and possibly the beginning of a system of what we would call magic not envisioned previously.

Let me ask this question.

Prior to the extension of the first distortion was the magical potential of the higher densities as great as it is now when the greatest potential was achieved in consciousness for each density?

Ra: I am Ra. As you understand, if we may use this misnomer, magic, the magical potential in third and fourth density was then far greater than after the change.

However, there was far, far less desire or will to use this potential.

Questioner: Now, to be sure that I understand you:

Ra: I am Ra. Magical ability is the ability to consciously use the so-called unconscious.

Therefore, there was maximal ability prior to the innovation of sub-Logoi’s free will.

We have the Magician and High Priestess which correspond to the Matrix and Potentiator with the veil drawn between them which is the primary creator of the extension of the first distortion.

Ra: I am Ra. We are unable to answer this query without intervening material.

Questioner: OK. Sorry about that.

The next archetype, the Empress,
is the Catalyst of the Mind, that which acts upon the conscious mind to change it.

The fourth archetype is the Emperor,
the Experience of the Mind, which is that material stored in the unconscious which creates its continuing bias.

Am I correct with those statements?

Ra: I am Ra. Though far too rigid in your statements, you perceive correct relationships.

Questioner: Would the Hierophant
then be somewhat of a governor or sorter of these effects so as to create the proper assimilation by the unconscious of that which comes through the conscious?

Ra: I am Ra. Although thoughtful, the supposition is incorrect in its heart.

Last modified on Thursday, 10 October 2019 20:09
Tweet
More in this category: Why Archetype 15: The Matrix of The Spirit is Called The Devil »
Login to post comments
back to top