Why Archetype 15: The Matrix of The Spirit is Called The Devil 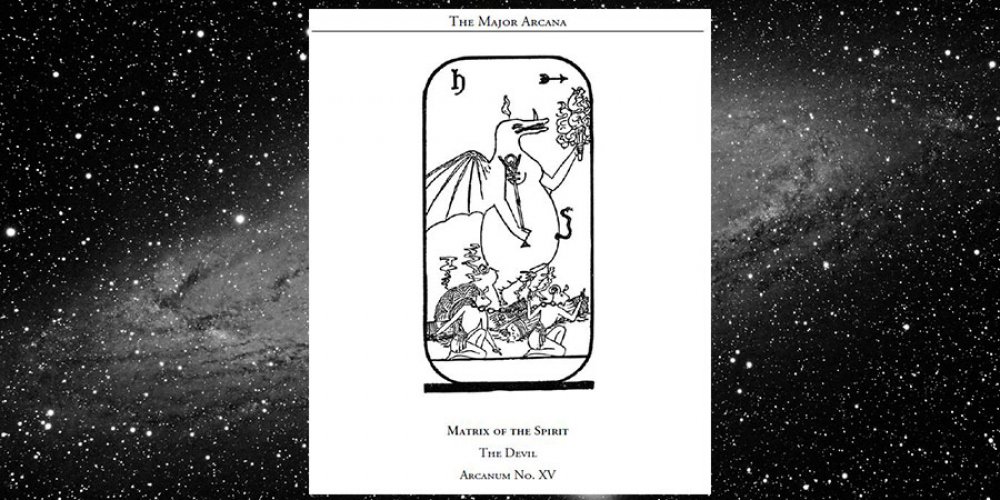 Questioner: The fifteenth archetype is the Matrix of the Spirit and has been called the Devil.

Can you tell me why that is so?

Ra: I am Ra. We do not wish to be facile in such a central query, but we may note that the nature of the spirit is so infinitely subtle that the fructifying influence of light upon the great darkness of the spirit is very often not as apparent as the darkness itself.

The progress chosen by many adepts becomes a confused path as each adept attempts to use the Catalyst of the Spirit.

Few there are which are successful in grasping the light of the sun.

By far, the majority of adepts remain groping in the moonlight and, as we have said, this light can deceive as well as uncover hidden mystery.

Therefore, the melody, shall we say, of this matrix often seems to be of a negative and evil, as you would call it, nature.

It is also to be noted that an adept is one which has freed itself more and more from the constraints of the thoughts, opinions, and bonds of otherselves.

Whether this is done for service to others or service to self, it is a necessary part of the awakening of the adept.

This freedom is seen by those not free as what you would call evil or black.

The magic is recognized; the nature is often not.

Questioner: Could I say, then, that implicit in the process of becoming adept is the seeming polarization towards service to self because the adept becomes disassociated with many of his kind?

Ra: I am Ra. This is likely to occur.

service-to-others and thus true association with the heart of all other-selves and disassociation only from the illusory husks which prevent the adept from correctly perceiving the self and other-self as one.

Questioner: Then you say that this effect of disassociation on the service-to-others adept is a stumbling block or slowing process in reaching that goal to which he aspires? Is this correct?

This disassociation from the miasma of illusion and misrepresentation of each and every distortion is a quite necessary portion of an adept’s path.

It may be seen by others to be unfortunate.

Questioner: Then is this, from the point of view of the fifteenth archetype, somewhat of an excursion into the Matrix of the Spirit in this process?

Does that make any sense?

Ra: I am Ra. The excursion of which you speak and the process of disassociation is most usually linked with that archetype you call Hope which we would prefer to call Faith.

This archetype is the Catalyst of the Spirit and, because of the illuminations of the Potentiator of the Spirit, will begin to cause these changes in the adept’s viewpoint.

Questioner: I didn’t intend to get too far ahead of my questioning process here.

The positively or negatively polarized adept, then, is building a potential to draw directly on the spirit for power.

Ra: I am Ra. It would be more proper to say that the adept is calling directly through the spirit to the universe for its power, for the spirit is a shuttle.

Questioner: The only obvious significant difference, I believe, between the positive and negative adepts in using this shuttle is the way they polarize.

Is there a relationship between the archetypes of the spirit and whether the polarization is either positive or negative?

I am very confused about this and I imagine that that question is either poor or meaningless.

Can you answer that?

Ra: I am Ra. It is a challenge to answer such a query, for there is some confusion in its construction.

However, we shall attempt to speak upon the subject.

The adept, whether positive or negative, has the same Matrix.

The Potentiator is also identical.

Due to the Catalyst of each adept
the adept may begin to pick and choose that into which it shall look further.

The Experience of the Spirit,
that which you have called the Moon, is then, by far, the more manifest of influences upon the polarity of the adept.

Even the most unhappy of experiences, shall we say, which seem to occur in the Catalyst of the adept, seen from the viewpoint of the spirit, may, with the discrimination possible in shadow, be worked with until light equaling the light of brightest noon descends upon the adept and positive or service-to-others illumination has occurred.

The service-to-self adept
will satisfy itself with the shadows and, grasping the light of day, will toss back the head in grim laughter, preferring the darkness.

Last modified on Tuesday, 24 April 2018 00:10
Tweet
More in this category: Archetype 19: Significator of the Spirit »
Login to post comments
back to top