The Evolutionary Process and The Archetypical Biases Before Creation 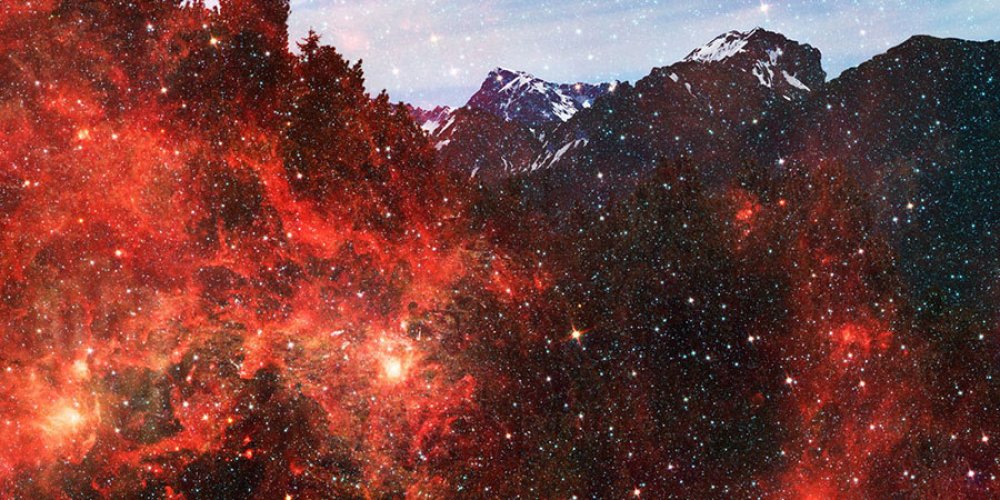 Questioner: Now in this line of questioning I am trying to link to the creations of various Logoi and their original use of a system of archetypes in their creation and I apologize for a lack of efficiency in doing this, but I find this somewhat difficult.

For this particular Logos in the beginning,
prior to its creation of the first density, did the archetypical system which it had chosen include the forms that would evolve in third density or was this related to the archetypical concept at all?

Ra: I am Ra. The choice of form is prior to the formation of the archetypical mind.

As the Logos creates Its plan for evolution, then the chosen form is invested.

Questioner: Was there a reason for choosing the forms that have evolved on this planet and, if so, what was it?

Ra: I am Ra. We are not entirely sure why our Logos and several neighboring Logoi of approximately the same space/time of flowering chose the bipedal, erect form of the second-density apes to invest.

It has been our supposition, which we share with you as long as you are aware that this is mere opinion, that our Logos was interested in, shall we say, further intensifying the veiling process by offering to the third-density form the near complete probability for the development of speech taking complete precedence over concept communication or telepathy.

We also have the supposition that the so-called opposable thumb was looked upon as an excellent means of intensifying the veiling process so that rather than rediscovering the powers of the mind the third-density entity would, by the form of its physical manifestation, be drawn to the making, holding, and using of physical tools.

Questioner: I will guess that the system of archetypes then was devised to further extend these particular principles. Is this correct?

Ra: I am Ra. The phrasing is faulty.

However, it is correct that the images of the archetypical mind are the children of the third-density physical manifestations of form of the Logos which has created the particular evolutionary opportunity.

Questioner: Now, as I understand it the archetypes are the biases of a very fundamental nature that, under free will, generate the experiences of each entity. Is this correct?

Ra: I am Ra. The archetypical mind is part of that mind which informs all experience.

Please recall the definition of the archetypical mind
as the repository of those refinements to the cosmic or all-mind made by this particular Logos and peculiar only to this Logos.

Thus it may be seen as one of the roots of mind, not the deepest but certainly the most informative in some ways.

The other root of mind to be recalled is that racial or planetary mind which also informs the conceptualizations of each entity to some degree.

Questioner: At what point in the evolutionary process does the archetypical mind first have effect upon the entity?

Ra: I am Ra. At the point at which an entity, either by accident or design, reflects an archetype, the archetypical mind resonates.

The disciplined use of this tool of evolution comes far later in this process.

Questioner: What was the ultimate objective of this Logos in designing the archetypical mind as It did?

Ra: I am Ra. Each Logos desires to create a more eloquent expression of experience of the Creator by the Creator.

The archetypical mind
is intended to heighten this ability to express the Creator in patterns more like the fanned peacock’s tail, each facet of the Creator vivid, upright, and shining with articulated beauty.

Questioner: Is Ra familiar with the archetypical mind of some other Logos that is not the same as the one we experience?

Ra: I am Ra. There are entities of Ra which have served as far Wanderers to those of another Logos.

The experience has been one which staggers the intellectual and intuitive capacities, for each Logos sets up an experiment enough at variance from all others that the subtleties of the archetypical mind of another Logos are most murky to the resonating mind, body, and spirit complexes of this Logos.

Questioner: Then did our Logos hope to see generated a positive and negative harvest from each density up to the sixth, starting with the third, as being the most efficient form of generating experience known to It at the time of Its construction of this system of evolution?

Questioner: Then built into the basis for the archetypes is possibly the mechanism for creating the polarization in consciousness for service to others and service to self.

You will notice the many inborn biases which hint to the possibility of one path’s being more efficient than the other.

This was the design of the Logos.

Questioner: Then what you are saying is that once the path is recognized, either the positive or the negative polarized entity can find hints along his path as to the efficiency of that path.

Ra: I am Ra. That which you say is correct upon its own merits, but is not a repetition of our statement.

Our suggestion was that within the experiential nexus of each entity within its second-density environment and within the roots of mind there were placed biases indicating to the watchful eye the more efficient of the two paths.

Let us say, for want of a more precise adjective, that this Logos has a bias towards kindness.

Questioner: Then you say that the more efficient of the two paths was suggested in a subliminal way to second density to be the service-to-others path.

Ra: I am Ra. We did not state which was the more efficient path.

However, you are correct in your assumption, as you are aware from having examined each path in some detail in previous querying.

Questioner: Could this be the reason for the greater positive harvest?

I suspect that it isn’t, but would there be Logoi that have greater negative percentage harvests because of this type of biasing?

There have been Logoi with greater percentages of negative harvests.

However, the biasing mechanisms cannot change the requirements for achieving harvestability either in the positive or in the negative sense.

There are Logoi which have offered a neutral background against which to polarize.

This Logos chose not to do so but instead to allow more of the love and light of the infinite Creator to be both inwardly and outwardly visible and available to the sensations and conceptualizations of mind/body/spirit complexes undergoing Its care in experimenting.

Questioner: Then, is the major mechanism forming the ways and very essence of the experience that we presently experience here the archetypical mind and the archetypes?

Ra: I am Ra. These resources are a part of that which you refer to.

Questioner: What I am really asking is what percentage of a part, roughly, are these responsible for?

Ra: I am Ra. We ask once again that you consider that the archetypical mind is a part of the deep mind.

There are several portions to this mind.

The mind may serve as a resource.

To call the archetypical mind the foundation of experience is to oversimplify the activities of the mind/body/spirit complex.

To work with your query as to percentages is, therefore, enough misleading in any form of direct answer that we would ask that you requestion.

I don’t think that was too good a question anyway.

Last modified on Wednesday, 13 November 2019 01:30
Tweet
More in this category: Different Types of Archetypical Minds Pertaining to The Logos »
Login to post comments
back to top