Ra's 'Bell-Shaped' Spacecraft or Vimana and Visitation on Earth 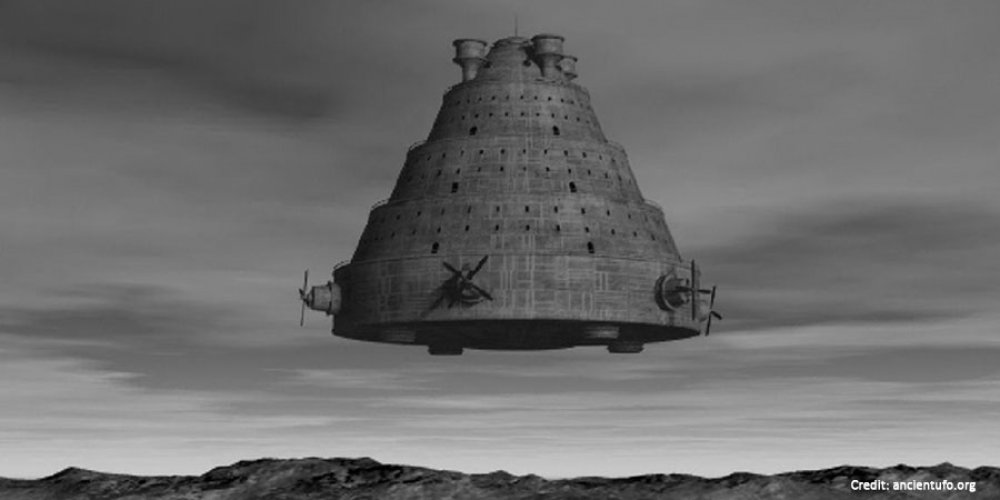 At present there are seven which are operating with craft in your density.

Questioner: Was the Egyptian visit of 11,000 years ago the only one where you actually walked the Earth?

Ra: I am Ra. I understand your question distorted in the direction of selves rather than other-selves.

We of the vibratory sound complex, Ra, have walked among you only at that time.

Questioner: You stated yesterday that you appeared in the skies over Egypt at that time.

Were the Egyptian entities able to see you in their skies?

Questioner: What did they see, and how did this affect their attitudes?

Ra: I am Ra. They saw what you would speak of as crystal powered bell-shaped craft.

This did not affect them due to their firm conviction that many wondrous things occurred as a normal part of a world, as you would call it, in which many, many deities had powerful control over supernatural events.

Questioner: Did you have a reason for being visible to them rather than being invisible?

Questioner: Can you tell me your reason for being visible to them?

Ra: I am Ra. We allowed visibility because it did not make any difference.

Questioner: Why is a vehicle necessary for this transition?

When you, as Ra, went to Egypt earlier you used bell-shaped craft, but you did this by thought.

Can you tell me why you used a vehicle rather than just materializing the body?

Ra: I am Ra. The vehicle or craft is that thought-form upon which our concentration may function as motivator.

We would not choose to use our mind/body/spirit complexes as the focus for such a working.

Questioner: I’ll ask this question to inform me a little about what you just stated.

When you came to this planet in craft 18,000 and 11,000 years ago, these craft have been called bell craft and were photographed by George Adamski.

If I am correct these craft looked somewhat like a bell; they had portholes around them in the upper portions; and they had three hemispheres at 120° apart underneath. Is this correct?

Questioner: Were these constructed in time/space or in space/time?

Ra: I am Ra. We ask your persistent patience, for our answer must be complex.

A construct of thought was formed in time/space.
This portion of time/space is that which approaches the speed of light.

In time/space, at this approach, the conditions are such that time becomes infinite and mass ceases so that one which is able to skim the, shall we say, boundary strength of this time/space is able to become placed where it will.

When we were where we wished to be
we then clothed the construct of light with that which would appear as the crystal bell.

This was formed through the boundary into space/time.

Thus there were two constructs, the time/space or immaterial construct, and the space/time or materialized construct.

Ra: I am Ra. It seemed an aesthetically pleasing form and one well suited to those limited uses which we must needs make of your space/time motivating requirements.

Questioner: Was there a principle of motivation contained within the three hemispheres on the bottom, or were they just aesthetic, or were they landing gear?

Ra: I am Ra. These were aesthetic and part of a system of propulsion.

These hemispheres were not landing gear.

Questioner: I am sorry to ask such stupid questions, but I am trying to determine something about space/time, time/space, and this very difficult area of the mechanism of evolution.

I think it is central to the understanding of our evolution.

However, I am not sure of this and I may be wasting my time.

Could Ra comment on whether I am wasting my time in this particular investigation or whether it would be fruitful?

Ra: I am Ra. Since the concepts of space/time, or physics, and time/space, or metaphysics, are mechanical they are not central to the spiritual evolution of the mind/body/spirit complex.

The study of love and light is far more productive in its motion towards unity in those entities pondering such concepts.

However, this material is, shall we say, of some small interest and is harmless.

Last modified on Monday, 20 May 2019 04:03
Tweet
More in this category: Confederation & Orion Visitations and Contacts in The Last 75,000 Years of Earth's History »
Login to post comments
back to top